The data gleaned from a drone can be useful even to consumers, suggested DJI executive Brendan Schulman. “If you shoot a 3D map and print it with your 3D printer, you can get a 3D model of your house, for example,” he said. “There are lots of cool things you can do with the data you collect.”

Security and safety are important issues. “We have to prove we can be safe,” said Seydoux. “That way we’ll be able to use them in the city where there are many uses.”

Moderator Nick Mokey, Digital Trends managing editor, asked if the future will bring safer drones that are largely automated, spelling the extinction of the consumer-piloted drone. The panelists, many of which produce highly automated drones, still enthused over its consumer usage. “If I’m having fun on vacation, I want to just fly around,” said Guinn. “But for enterprise or industrial use, at some point there will be very little human involvement.” 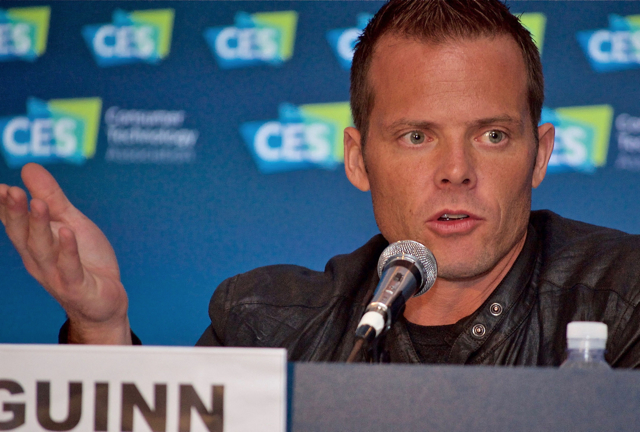 “The drone will be completely autonomous very soon,” said Seydoux, who notes that a drone can easily be sent to map the inside of a building or room. Schulman was on the FAA regulation task force for drones to come up with the registration system. “What we have now is a system intended to find out who owns a drone in case one lands where it doesn’t belong,” he said. “Having accountability is a good system.”

Bash also finds the regulations “quite reasonable” to hold drone operators responsible for their actions. “It’s just a motivator to think twice before you fly over the stadium,” said Guinn. “And it gives local law enforcement a way to check things. I don’t think it should build additional fear in the minds of consumers.” 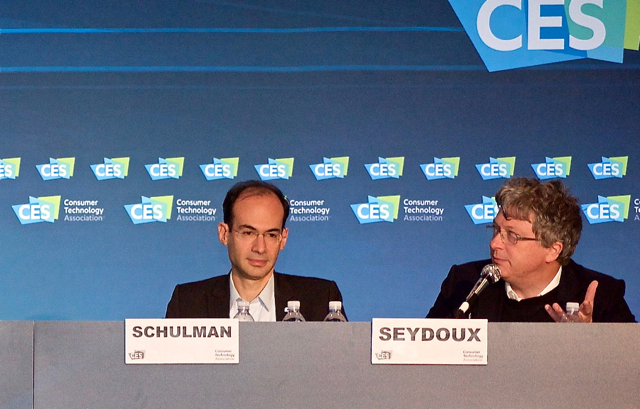 Drones will become lighter, smarter and safer, say the panelists. “I think if you follow the market, we’re talking about sense-and-avoid and other things that make it easier to use, better for search-and-rescue,” Schulman said. “And then the drone starts giving you commands,” joked Guinn.

One limitation, noted Seydoux, is the battery. “The progression of the battery has been super-slow,” he said. “And it’s a big question for us.”

No large company has gone into drones yet, but Guinn is certain of one thing. “Companies that decide to do drones learn just how hard they are to do,” he explained. “It’s arguably the most complicated consumer electronics.”