Digital Comics Platform ComiXology to be Acquired by Amazon

Amazon announced that it will acquire comiXology, the digital comics platform that had its 200-millionth download last fall. With the sales of physical comics fading, comiXology is developing tech to allow the craft to move online. The company operates a comics store and a mobile comics app, which was the top-grossing non-game iPad app from 2011 to 2013. Its library includes 40,000 comics from 75 major publishers. ComiXology also opened a self-publishing platform last year. 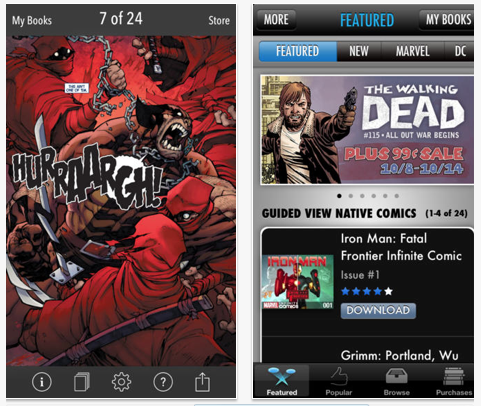 “Amazon has played with comics before, offering storyboards for potential films as rough comic series to gauge interest. It’s already possible to buy graphic novels for the Kindle,” reports The Verge. “But this marks a major move into the space — comiXology has managed to make deals with a broad swathe of comics publishers, including Marvel and DC. The purchase also follows Amazon’s acquisition of Double Helix Games earlier this year, not long before the announcement of the Fire TV set-top box.”

While exact plans are not clear, a comiXology spokesperson said the companies would likely develop ways to make comiXology and Kindle work better together.

“In recent years, Amazon has moved aggressively to extend its reach onto different media platforms, and build content to fill them,” notes Business Insider. “Amazon Business Development Executive Philip Patrick has harnessed the power of fan fiction for his Kindle Worlds program. Amazon Publishing cultivates authors and distributes its own books. Can original Amazon-published comic books and graphic novels be far behind?”

“Not limited to digital, Amazon will be able to print its original comics on demand, servicing collectors with increasingly rare hard copies (which they can get creators to sign!). Direct distribution cuts out all middle men, providing Amazon with a larger share of revenues on both their original properties, and those of independents who self-publish through comiXology’s Submit Initiative.”