Several companies are developing systems and apps that use sound waves to transfer small pieces of data over short distances, and could simplify transferring funds electronically. This is an alternative to using near-field communication (NFC) to transfer data wirelessly. Many devices are ready to use sound technology, including simple and feature phones. There are problems in using sound especially in loud areas, but it has significant potential. 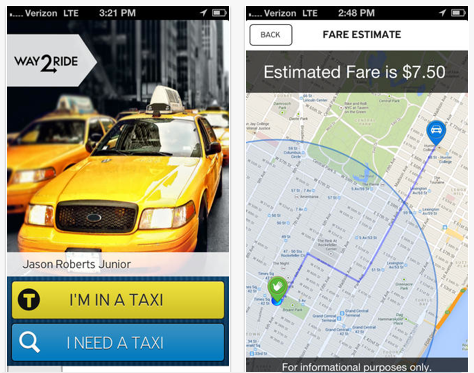 The new Way2ride is a free iOS and Android app from VeriFone, the payment service company. The company has recently acquired a payment technology called Zoosh from startup Naratte.

VeriFone’s Way2ride app allows one’s smartphone to detect an inaudible sound that contains a unique identifier in each taxi, that is matched and processed. Payment preferences are sent back to the cab via a cellular connection, providing several payment options.

Zoosh-like technology might be found in other payment systems. “Anywhere we have a speaker and an entertainment system, like a gas station or in a taxi, it can work with that technology,” said Jason Gross, vice president of strategy and marketing for VeriFone Media.

Some companies view sound wave data transfer as easily available since speakers and sound receivers are widespread and do not require much configuration, like NFC and Bluetooth, explains MIT Technology Review. Sound can be a simple way for devices to communicate and could be available to consumers without smartphones.

Another app called Chirp from Animal Systems lets users share photos, links and notes via sound, and could include obtaining coupons while in stores. Although it is limited in distance and the amount of data that can be sent at a time, the company claims a 97 percent accuracy rate, and may offer its technology to other developers.

The startup Sonic Notify developed a technology called Adomaly that plays high-frequency sound waves that cause a smartphone to take a specified action, such as getting coupons for nearby products in a store. Google engineer Boris Smus recently released Sonicnet.js, an ultrasonic JavaScript programming code, that allows users to create ways to transmit and receive data by sound.

There is “huge potential” for using sound technology since many phones are already prepared to use it, but it must be easy to use, notes Carl Howe, analyst from the Yankee Group. “There are pluses and minuses — audio clearly is going to be a tougher technology to use on a crowded conference floor than an electronic radio technology. But it really depends on the environment and the application.”