Xiaomi is the most popular smartphone maker in China and the third largest phone maker in the world. During the next year, the company hopes to expand its presence outside of China to developing markets in India, Brazil, and Indonesia. The company specializes in manufacturing low-cost, well-designed phones that they sell primarily online. Xiaomi is also hoping to increase profits by selling apps and entertainment for the phones, along with other electronic devices like a tablet and smart TV. 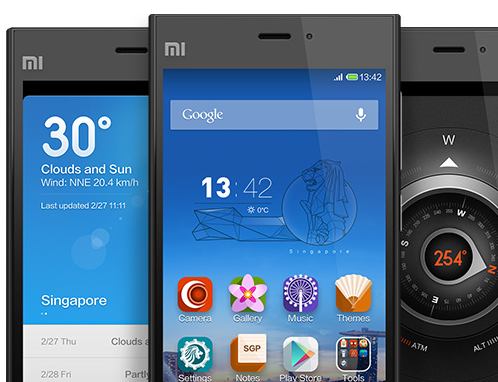 The smartphone maker controls one of the largest and most competitive smartphone markets in the world. In China, its popularity is comparable to Apple. The choreographed product unveilings and media events are so popular that the company charges admission. Xiaomi’s online forum gets about 200,000 posts per day from fans.

The smartphone giant is trying to replicate that same success abroad. Currently, the company is targeting markets with large populations, a developed e-commerce infrastructure, and weak telecom carriers, reports The New York Times. The stylish and cheap phones that run on Google’s Android are optimal for the people in these developing markets that have yet to buy their first smartphone.

In addition, the company hopes to make more money by offering additional products and services. Xiaomi started selling a smart TV, tablet, and fitness tracker, in addition to its user-friendly phones. More entertainment and apps for the inexpensive smartphones are also in the works.

Xiaomi’s strategy is looking good to investors. The company is already valued at $30 billion and it could shoot to $40 billion in the next round of fundraising.