CES: Examining the Results of the Radical Disruption of News

“The Future of News” panel at CES 2018 drew together pundits across the political spectrum to puzzle out the difference between news and opinion, what exactly fake news is, and how to pop the partisan bubbles. A conversation led by United Talent Agency head of digital media Brent Weinstein started his challenge to define the line between news and opinion — if consumers even care. The Daily Wire editor-in-chief and conservative political commentator Ben Shapiro said that the news media should not portray itself as objective.

“News reporters can’t remove their biases,” he said. His colleague on the left, Thiel Capital managing director Eric Weinstein, PhD, agreed. “I don’t think it hinges on fact-based versus opinion-based,” he said. “There is no known way of producing news that is simply fact-based. The question is if we can unspin the news that we are given.” 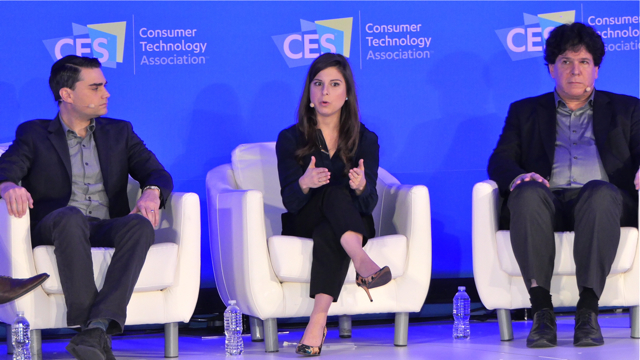 Axios media reporter Sara Fischer said that her organization looks into “the financial incentives to being a completely non-partisan news” source. “Can you cater to advertisers and garner the same kind of engagement” she asked. “Being non-partisan was an important editorial and business decision.”

“Transparency online has become so blurred because we have a lot of platforms that treat it the same,” she added. “We ask how can we use intentional design to give readers cues whether it’s fact-based or opinions.”

Eric Weinstein noted that established media “has suffused their opinion into the media,” which he calls “a dangerous thing.” “We have to move from critical thinking to critical feeling,” he said. “People are for and against the same thing based on the emotional cadence.”

Fischer said her organization thinks about the issue “in a similar way.” “If you look at the way so many platforms define it, as clickbait and other ways that bad actors can make money, those platforms have done a lot of work to remove that incentive,” she said. “Troll farms create fake news to make money, not cause division.” Because platforms have no legal incentive to go after fake news, they take more action against spam than things that aren’t true, she added.

Eric Weinstein believes we should apply the term “fake news” more broadly. “The taxonomy I have is that it’s the algorithm, narrative-driven and just false, and false is the least interesting,” he said. “After the election, there was a sudden mania over fake news that I find incredibly inauthentic. Everyone is now a conspiracy theorist. Where did this fake news thing explode from? It doesn’t feel real. We’re out of control and it’s more important to go after the narrative driven and algorithmic.”

Shapiro agreed, saying that, “actual fake news is actually small.” “People give Google enormous amounts of power to curb what they don’t like,” he said. “I find that problematic and insulting.” Eric Weinstein added, to audience applause, that, “the left has to stand up for the right, and the right has to do that for the left.”

“We all have to clean our own houses to get back to news, not partisan bubbles,” he concluded.