As predicted, artificial intelligence has been one of the most repeated phrases of CES 2017. It seems every other vendor here is slapping the “AI” label on its technology. So much so that it inspired us to take a (short) step back and look at what AI is in relation to machine learning. The reality is: there are still very few applications that can be legitimately labeled as artificial intelligence. Self-driving cars, DeepMind’s AlphaGo, Hanson Robotics’ Sophia robot, and to a lesser extent Alexa, Siri and the Google Assistant, are all AI applications. Most of the rest, and certainly most of what we’ve seen here at CES, are robust, well productized machine learning applications (usually built on neural network architectures), often marketed as AI.

There’s a clear and substantial difference between the two…

The first is of course a critical layer in the second, just like our ability to learn as humans is a foundation of our intelligence. But the practice of artificial intelligence also includes entire academic fields such as memory, knowledge representation, symbolic reasoning, machine heuristics, genetic programming, information theory, systems theory, decision theory and about a dozen other areas of research.

A machine learning application will be able to autonomously classify new unlabeled data either through a supervised process of training (through similar — but labeled — data) or through the identification of patterns in the data (called unsupervised learning).

An AI is a whole agent exhibiting an autonomous or semi-autonomous capability to reason about itself, its environment and its interests (usually this environment is narrow, such as training stocks or driving a car, which experts call “narrow AI”).

It will then take autonomous action in this environment, measure the performance (learn) of these actions and generate a recurrent learning process (a feedback loop) to optimize the next action, so as to become more intelligent, optimize its performance and further maximize its interests in a given environment. A machine learning system is strictly a system of learning, an AI system is a system of representation, learning and action.

1. Does the agent perform any kind of symbolic reasoning (versus straight classification, which is the domain of neural networks)? Another way to ask this question is to ask whether or not a machine agent can autonomously form knowledge from disparate (but mutually relevant) data points in different formats, taxonomies and normalization schemas to represent itself, its environment, and the actions necessary to be taken in this environment. This is what is called the knowledge representation layer, and it is perhaps the most critical domain of AI today.

2. Once reasoning and learning have happened, does the agent take autonomous action in the real world (for example a self-driving car, or the Google and Amazon assistants when they decide to provide an answer to a question)? This is what is called the agent (or decision) layer.

3. Does the machine autonomously evaluate the performance of its actions and leverages that performance (good or bad) to create better models (e.g. actions that are a better fit for its environment in the sense that it maximizes its interests)? This is what is called the recurrence layer. The longer an AI takes action in its environment, the more intelligent it gets.

Unless you can answer ‘yes’ to at least two out of these three questions, it’s not AI. 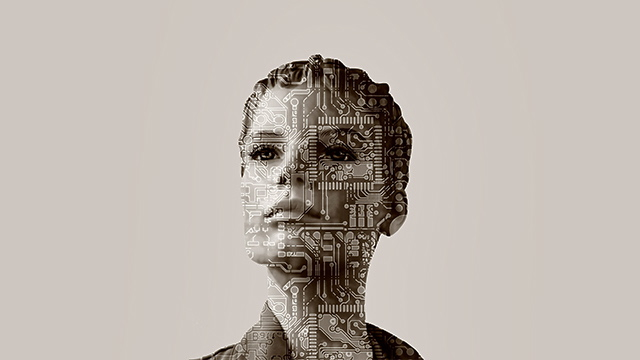 Evidently there would be no AI without machine learning architectures. And this is where the progress in machine intelligence has been the most spectacular and the most publicized. Walking the alleys of CES, it’s clear that the combination of sensor research and the wide accessibility of neural network architectures, such as Google’s TensorFlow, have created a new generation of devices with impressive machine perception and learning capabilities.

We have seen many devices capable of fairly complex visual recognition and natural language understanding (which is much harder). A large portion of these machine learning systems were missing the representational, reasoning and autonomous features that true AI has, incorrectly labeled as “AI”.

We’ve even seen a few legitimate AI applications and platforms, but most efforts are still at the research phase. But it’s striking to see how many companies besides the usual suspects (Google, Amazon, Apple, IBM, Intel, Nvidia, etc.) are pouring substantial resources toward the development of truly intelligent, truly autonomous thinking machines. But those are at least still 2-3 years out.