At this year’s Cannes film market, the digital program NEXT will include a slate of 35 virtual reality films from several countries as well as roundtable discussions and workshops, all to be presented on two VR Days, May 15 and 16. Michel Reilhac, former head of film at Arte, the Franco-German network, helped to curate the films and also directed the VR short, “Viens!” (“Come!”). Other French VR films to be shown are “Notes on Blindness: Into Darkness,” and Pierre Zandrowicz’s “I, Philip,” about Philip K. Dick.

Variety reports that the French VR filmmakers don’t have the backing of any big media company. “This wait-and-see approach is a handicap,” said Reilhac. Cannes film market executive director Jérôme Paillard was unable to convince France’s leading telco Orange to sponsor NEXT, and media titan Vivendi has also not invested in VR.

That’s left “startups, indie producers and creatives working in 3D, marketing and videogames” to be the engine behind VR in France, explained Paillard.

For example, PickupVR, headed by Hadrien Lanvin and Brice Rocton, plans to launch a 20-person capacity VR screening room in late May, housed in the basement of a hip restaurant. “Until the equipment becomes less expensive and more accessible, we can play a role in bringing French people together in public places to discover virtual reality,” said Lanvin. 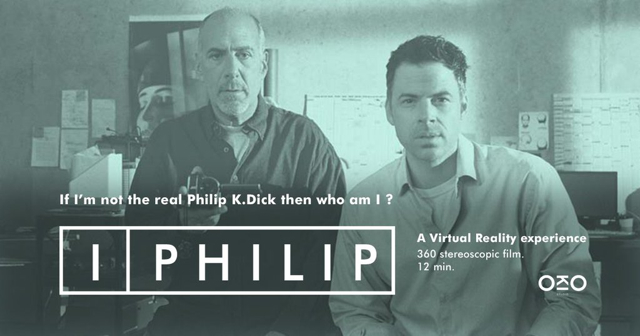 Zandrowicz, who made the 12-minute short “I, Philip,” opened Paris-based VR studio Okio with Antoine Cayrol and Lorenzo Benedetti, Canal Plus’ digital creation head and founder of YouTube’s comedy channel Studio Bagel. The short had a big budget: in addition to the €80,000 invested by Okio, French film board CNC put in about €200,000; Arte about €150,000; the rest of the €500,000 ($570,000) budget was contributed by guilds.

“I, Philip” will be available on Oculus Share, Samsung store, PlayStation store and Steam for $4.99.

Okio has also created VR commercials for fashion designer Jean-Paul Gaultier and other big brands. Cayrol reports Okio is “in negotiations to join forces with a U.S. outfit in order to develop higher budgeted projects.” As it stands now, monetizing VR in France is still an iffy proposition, with distribution limited to Arte and France Televisions’ mobile apps.