Andrew Krage has developed a device to switch lights on and off with a combination of Google Glass and a commercially available electroencephalograph, or EEG, that can read brain activity by monitoring electrical impulses on the wearer’s scalp, reports The New York Times. Krage is co-founder and senior architect at DAQRI, a company that mainly works in computer vision. 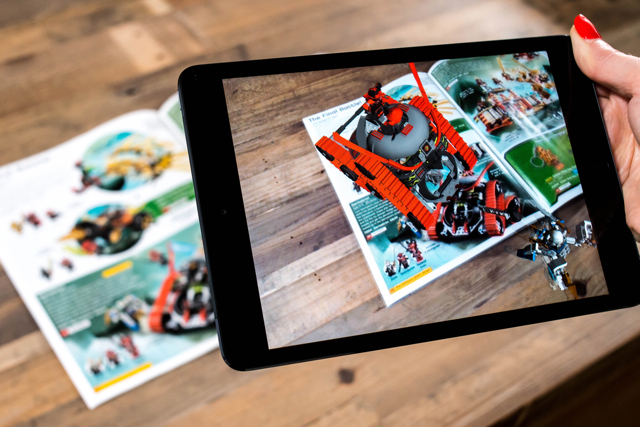 “DAQRI has built other EEG-based software, including an iPad app that measures concentration,” notes the article. “Turn the device’s camera onto a special diagram laid on a flat surface and see how far a subject can ‘levitate’ off of the paper a series of images that are superimposed on the iPad screen. It is used by makers of sensitive instruments, like satellites, to ensure that workers are sharp before they undertake delicate tasks.”

DAQRI aspires to create “the Photoshop of 4D design” by offering designers a way to insert digital objects into three-dimensional space, according to Brian Mullins, the company’s co-founder and chief executive. They also design their own work, such as augmented reality animation for the Lego’s catalog, and a virtual human body for educational use called Anatomy 4D.

A more advanced app would scan a room to find its dimensions and furniture with a camera, and a virtual helicopter can fly in an augmented reality version, avoiding objects and “learning” the dimensions as the user moves, explains NYT. The final result could be a training tool or toy that combines virtual and physical realities.

Krage is combining the ability to manipulate objects in space, in conjunction with the EEG work, and with Google Glass. Mullins envisions the start of a longer trend of joining external thoughts and the physical world.

“Plato was wrong: A table and the idea of a table are equally real,” says Mullins. “I can make it out of titanium, or I can manifest it as a virtual object, and then create it with a 3D printer. Right now we are creating applications based on concentration, but the capabilities will increase.”

Software and processing power will only improve, and there are numerous Kickstarter projects launched to make inexpensive EEG devices. This suggests that these technologies may become more common.