While most people may assume that the success of electronic gaming has negatively impacted the traditional board game industry, the result has actually been the opposite. Technology has brought new tools that can create tabletop games with 3D figures and other tangible advances. In the past few years, sales of tabletop games have dramatically increased. Dan Shapiro, who has worked at Microsoft and sold a company to Google, recently created a board game for children and found crowdfunding to be beneficial. 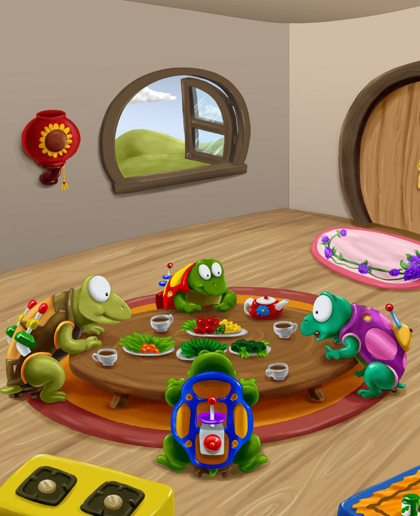 Shapiro’s new project is a board game called “Robot Turtles,” which is meant to teach children the concepts of basic computer programming, and illustrate how the new model works.

“Robot Turtles” has received more financial supporters than any other tabletop game in the history of Kickstarter. More than 13,700 people contributed to development of the project, and Shapiro received over 20,000 presale orders for the game.

Shapiro said, “it has unlocked a whole generation of innovative gameplay experimentation that just wasn’t feasible before,” reports The New York Times.

The popularity of tabletop games recently has also been seen by the high demand for “Cards Against Humanity,” a game where a player draws a card with a statement with a missing word, while other players try to fill it in with the funniest answer from their own selection of cards.

Although this game was considered “a party game for horrible people,” it is one of the top five best selling items in Amazon’s toys and games category. Max Temkin, one of the creators of “Cards Against Humanity” said that he doesn’t think the game could have been made without crowdfunding through Kickstarter.