“Love Doctor,” a two-minute acid jazz instrumental is used in about 1,500 YouTube videos that do not pay for the rights to do so. The composer, Scott Schreer, has been working with New York startup Audiam in an effort to share in the advertising revenue associated with the videos. While serving as the Audiam test case, “Love Doctor” and Schreer’s library of 1,700 songs are generating about $30,000 per month for their use on the video site. 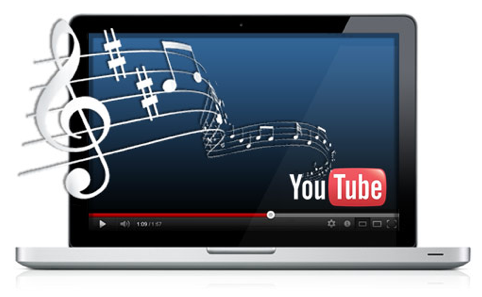 Large music companies and publishers already have agreements with YouTube to collect payments when their songs appear in videos. Lesser known artists and composers do not, and Audiam wants to be their middleman.

“Price has helped indie artists profit before,” reports Businessweek. “In 2006 he co-founded TuneCore, which lets musicians distribute their songs to iTunes and other online markets. He was ousted by the board last year in a nasty public feud, and he launched Audiam as his next act.”

Price opted to target YouTube as it streams 6 billion hours of video a month, according to Google’s statistics.

Audiam will be available for other artists in late July. Musicians can register for free, send Audiam their songs, and grant the company licensing rights for their use on YouTube. Audiam scans YouTube to find the songs using YouTube’s ContentID system and a system called TuneSat, “audio fingerprinting” software developed by Schreer. Once found, Audiam authorizes YouTube to insert advertising on these videos.

When Audiam found “Love Doctor” in those 1,500 videos, it also discovered that those videos played more than 100,000 times during 11 days in May. This resulted in $120 in licensing fees, according to Schreer.

Schreer’s experiences may be uncommon compared with other indie bands with only a few albums. Any YouTube revenue will likely serve as “a little extra gravy,” suggests Aram Sinnreich, professor of media at Rutgers University and author of the upcoming book, “The Piracy Crusade.”

Audiam’s 25 percent cut of licensing fees is larger, says Sinnreich, than others such as ASCAP and BMI that generally only take ten percent. Price claims that performing rights organizations receive more for YouTube.

Audiam is positioned to benefit from the shift to streaming, as more consumers move to services such as Spotify, Pandora and YouTube, notes Sinnreich.

However, streaming services still need to resolve the amounts they pay in royalty fees, Businessweek reported earlier this month.