Artec, a Luxembourg-based 3D scanning company, began shipping 3D body scanners that capture every detail of individuals before allowing users to order mini replicas of themselves. The Shapify Booth, featuring multiple rotating scanners, captures the image in around 12 seconds. During a one-week test, 1,000 people were scanned so that replicas could be created. The results led to the Walmart-owned U.K. supermarket chain Asda to purchase 10 booths, which cost $180,000 each.

“The idea here is these figurines, sometimes called ‘shapies’ or ‘3D selfies,’ allow you to physically capture a moment, be it a couple getting married or someone with only weeks left to live (as was the case during the trial run),” reports Bloomberg. 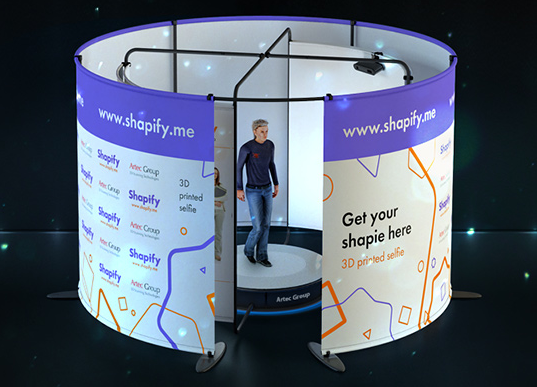 Users may also be able to use the booths for other purposes, including virtually trying on clothing, before-and-after shots for the fitness business, or for the health care industry in general.

“Artec CEO Artyom Yukhin said he doesn’t want to ‘spend three hours with my wife at the store’ trying on clothing,” reports Bloomberg. “So he sees an opportunity to use 3D body scans in the apparel industry — perhaps for custom-made garments or to virtually try on clothes.” 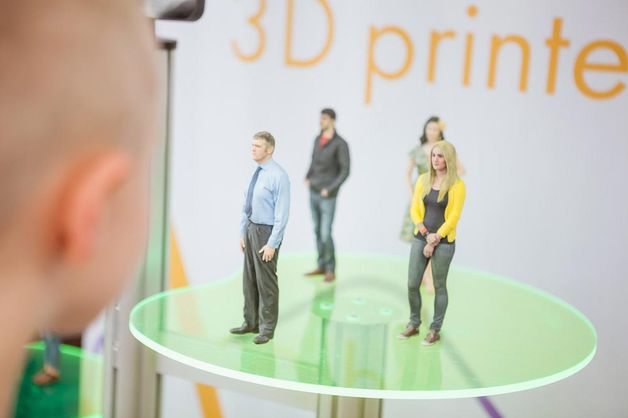 Artec claims that the company has also been in talks with major retailers and amusement parks, although it would not specify further.

The company has a showroom in Palo Alto, California. For more information, visit the Shapify Booth website.