Apple, much like Google and Amazon, delivers Web services to hundreds of millions of people, from servers based in enormous data centers. Apple’s iCloud currently serves more than 250 million people, which is beginning to require new hardware and software that are more efficient than what is available in those data centers. Apple and Facebook, among others, have turned to flash-based options from Fusion-io. 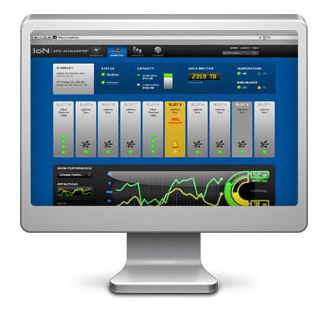 Currently, Apple is spending big on “a new breed of hardware device from a company called Fusion-io,” reports Wired. “As a public company, Fusion-io is required to disclose information about customers that account for an usually large portion of its revenue, and with its latest annual report, the Salt Lake City outfit reveals that in 2012, at least 25 percent of its revenue — $89.8 million — came from Apple.”

“That’s just one figure, from just one company,” notes the article. “But it serves as a sign post, showing you where the modern data center is headed.” Fusion-io represents a more condensed future. It makes a slim card that slots into the thousands of machines found in modern data centers, each packed with hundreds of gigabytes of flash memory.

“You can think of this card as a much-needed replacement for the good old-fashioned hard disk that typically sits inside a server. Much like a hard disk, it stores information. But it doesn’t have any moving parts, which means it’s generally more reliable. It consumes less power. And it lets you read and write data far more quickly,” explains Wired.

“The same card can also act like a beefed-up version of a server’s main memory subsystem — the place where the central processor temporarily caches data it needs quick access to. You see, today’s super-fast processors have outstripped not only the hard disk, but main memory — the hard disk is too slow, the memory too small — and with its flash cards, Fusion-io aims to remove both bottlenecks,” writes Wired.

With these developments, a company like Apple would be able to more efficiently handle requests streaming into its data center from across the Internet. “It can deliver data faster, and it can do so with fewer servers — something that’s vitally important when you’re running such an enormous operation. That’s why Apple is spending so much with Fusion-io — and it’s why many others are moving in the same direction,” the article explains.

Fusion-io’s first big customer was Facebook. The social network has been using flash devices in place of hard disks and to boot its database servers. “Facebook is now moving this sort of flash card into other machines, and it’s replacing memory as well as hard drives,” explains the article. While the setup may be slower than main memory, it is fast enough and consumes less power.

Flash provides more options and potential for future expansion. “It creates this new platform architecture a couple of years down the road,” explains Microsoft’s Kushagra Vaid, “where the application can now be more judicious about how to balance the performance and the power — by choosing the appropriate balance between system memory and non-volatile memory.”