Apple has put its plans to offer a live Internet-based television service — a package of 14 or more channels for $30 to $40 a month — on hold, say sources. Media companies balked at the prices Apple wants to pay, in order to keep its own subscription price low. Executives from Starz and other outlets have already stated they expect Apple and Amazon to pay more, not less, than existing distributors for media. Instead, Apple has pivoted to opening up its App Store so media companies to sell directly to customers.

Bloomberg notes that, “unlike music companies, which have been willing to partner with Apple, TV programmers have been reluctant.” The conventional pay-TV bundle costs $85 a month, more than double from what Apple wants to charge its subscribers. Still, CBS chief executive Les Moonves says he expects Apple’s plan for a less expensive live Internet TV service to eventually become real. 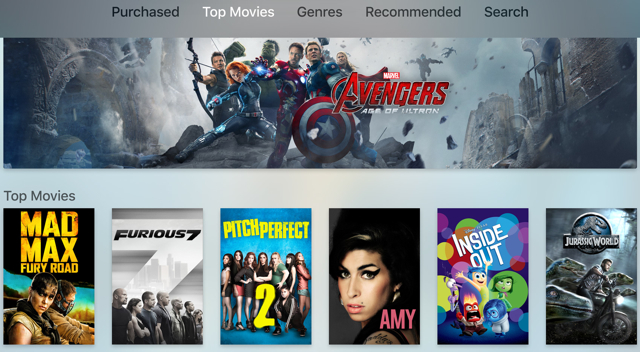 Apple also has a lot of competition in the space from Time Warner, which sells HBO Now for $15 a month, to Roku, Amazon and Google, as well as cable, satellite and phone providers like Comcast, Dish and Verizon that offer more limited bundles, sometimes over the Internet. All that will, says Bloomberg, “make it harder for new Apple’s set-top box, which was released in October, to stand out in an increasingly crowded market.”

By opening up the App Store, Apple is relying on software developers to build the content that will draw consumers to its Apple TV set-top box, which goes for $149 and up. Game publishers and other developers will make the most of it.

“There is real chance for monetization on TV screens,” says App Annie executive/analyst Danielle Levitas. “I am using my tablet or my phone at the same time. You can have opportunities to engage consumers through either screen.”

Apple’s touch-enabled remote control that integrates Siri voice-activated commands and doubles as a motion-sensing game controller is a boon for developers that want to make games for the STB, and “spur the use of smartphones as ‘second-screen’ devices.”

Related:
With Popular Games on the Apple TV App Store Making $100 a Day or Less, a Worrying Trend Appears, TouchArcade, 12/7/15