Apple Gears Up to Unveil iPad Updates Prior to the Holidays

Apple is expected to hold its next invitation-only event on Tuesday, October 22. On the eve of the holiday rush, Apple is preparing to unveil a slate of updates including the company’s fifth-generation iPad, the new Mac Pro and OS X Mavericks. The new 9.7-inch iPad is expected to be thinner and lighter, featuring Apple’s latest A7X processor and possibly its new Touch ID fingerprint sensor. A second-generation iPad mini is also anticipated. 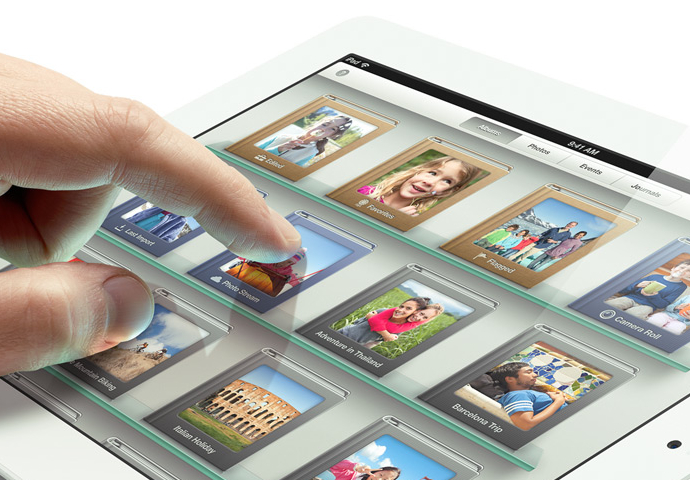 While a location for the event has yet to be disclosed, some news outlets are reporting that it will not be held at the California Theatre in San Jose, leaving Apple’s Town Hall Auditorium in Cupertino or the Yerba Buena Center for the Arts in San Francisco as likely candidates.

“The fifth-generation iPad is expected to feature a thinner, lighter design akin to the iPad mini’s, and an improved camera,” reports AllThingsD. “It will run Apple’s new 64-bit A7 chip. The second-generation iPad mini will be upgraded with a retina display and also likely see the A7 incorporated into its innards. It’s not clear whether Apple’s new iPads will feature the Touch ID fingerprint sensor that recently debuted on the iPhone 5s, though that has been rumored.”

In August, The Wall Street Journal reported that the next mini is likely to feature a high-resolution screen from Samsung, possibly a retina display.

“While Apple has been testing a second-generation iPad mini with retina display, battery life has been an issue for the smaller device, according to our sources,” notes CE: The Magazine. “Apple has also been testing a non-retina version of the iPad mini, as first reported by 9to5Mac. Regardless of which screen resolution has been chosen, both the new iPad and iPad mini are slated to be available for purchase on November 1.”

AllThingsD suggests it is worth noting that the date of Apple’s October event “coincides with both Nokia’s Innovation Reinvented showcase, and the retail debut of Microsoft’s new Surface 2 in the United States.”

ETCentric will have more details as they become available.