Streaming music service SoundCloud finalized a deal with Sony Music to increase the number of songs listeners can access via SoundCloud and also allow Sony Music Entertainment artists to make money from their tracks hosted on its service. The deal with Sony Music is just the latest in several that SoundCloud has inked with other music publishers including Merlin (representing 20,000 indie labels) in June 2015, Universal Music Group earlier this year, and Warner Music in 2014.

TechCrunch notes that the latest deal is significant because Sony, “the world’s largest music publisher,” has already made agreements with competing music services Spotify and Pandora. 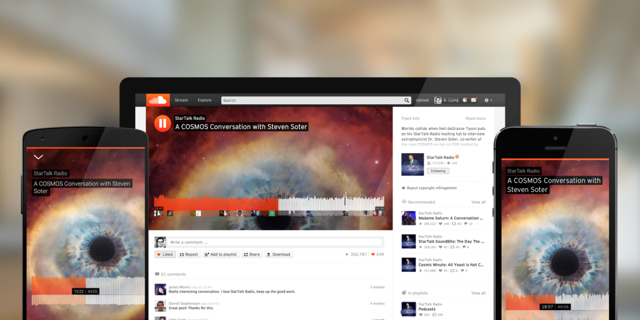 The Verge and Music Business Worldwide reportedly leaked the news on Thursday, before it became official. They also reported that, “Sony will receive stock in SoundCloud and has been invited to participate in the startup’s next funding round,” but SoundCloud would not comment.

In a blog post, SoundCloud says, “With more than 110 million tracks on the platform, the addition of [Sony Music Entertainment]’s repertoire will make SoundCloud even more vast and diverse.” The deal also comes after Sony pulled its repertoire from SoundCloud last year. Sony has not yet announced when its music will be available on the platform.

SoundCloud notes that Sony Music artists and those on “affiliated and distributed labels like The Orchard and RED Distribution” will be able to generate revenue from SoundCloud, and have access to its promotional tools, analysis and data to help build relationships with fans.

The streaming music service has also invested in tools for artists such as SoundCloud Pulse, an app that allows them to share their tracks, interact with fans and track their performance on the SoundCloud network.

TechCrunch reports that, having added Sony Music, SoundCloud can now claim to have deals with all three major labels and reach 18 million artists, which “paves the way for SoundCloud to introduce its subscription service — something the company has said would happen this year.”