With Legal Sports Betting, Data Rises in Value and Conflict

In the United Kingdom, gambling operators make big money on what’s called in-play wagers — second-by-second action on when a goal is scored, where it lands in the net and who had the assist. U.S. gambling operators may have to follow suit since the Supreme Court struck down a federal ban on sports betting, opening the gates to states getting in on the action, via TV broadcasting. Now betting operators, from casinos to websites and phone apps, need to be able to beat TV’s 5-to-10 second delays.

The New York Times reports that, “the sudden premium on sports data is likely to set up an array of conflicts in the betting industry that have been mostly unknown in the United States.” 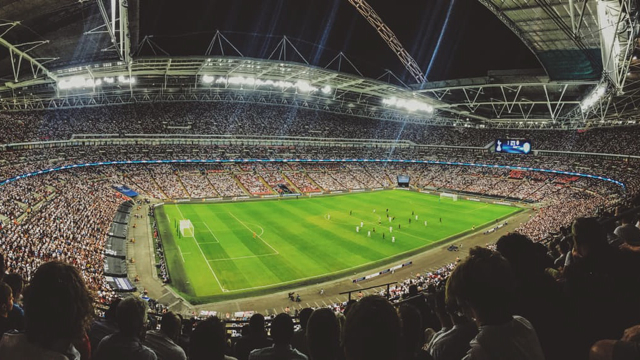 Attorney Steven Burton, who is now managing director of Genius Sports, “which provides data collection technology and other services to sports leagues,” noted that the second-by-second data makes “the difference between having value and having no value at all” in betting.

Football DataCo general manager Adrian Ford, whose company is “the official handler of data for the English Premier League and others in Britain,” said “hooded scouts” appear at dozens of stadiums to “collect the data and sell it to betting operators without buying rights to the league-approved stream originating in the press box.” That, says NYT, is “a small preview of battles to come in the United States over how the data should be collected and whether the gambling industry should be required to use “official data,” a league-approved tabulation of what happened in a sports competition.

That’s just one of the points of debate over “a still broader set of questions,” among them whether sports data should be “regulated, monitored and purchased” and who would settle disputes or whether real-time data has a “claim to royalties and copyright protection for those who produce it.”

“As sports betting moves out of the shadows in the United States,” says NYT, “strange bedfellows might be exposed.” Sportradar is one company, working legally with several sports leagues, “well positioned to purchase rights as a provider of official data, should it decide to do so.” The company’s advisory board includes well-known team owners including Michael Jordan, Ted Leonsis and Mark Cuban.

Nonetheless, Sportradar has been linked to BetCRIS, an offshore gambling website, which has long been illegal and likely to remain so in the U.S.

In this past year, reported GamblingCompliance managing director James Kilsby, “at least 17 states have considered new laws on sports betting, including at least six where official data is in play.” He added that, “of those 17 states, roughly a half-dozen, including New Jersey and Rhode Island, have passed laws legalizing sports betting, or are close to doing so.”

Many in the industry have concerns and criticism. Burton noted that, “the reality is, legalized betting is going to be a late entrant in this market.” “The idea of building the U.S. sports betting industry on unofficial data, it’s kind of putting it on a par with pirated DVDs and sidewalk hustlers and illicit streaming sites,” he said. “It’s all that grubby underworld.”