The Global Virtual Reality Association (GVRA) was officially announced on Wednesday. This group is groundbreaking in that its founding members include many of the major competing VR headset manufacturers that have been the focus of so much press attention over the last year: Acer Starbreeze, Google, HTC Vive, Facebook’s Oculus, Samsung and Sony Interactive Entertainment. GVRA states on its website that “while seeking to educate consumers, governments, and industry about VR’s potential, the association wants to get ahead of challenges with developing and deploying the technology responsibly.”

The association plans to organize working groups around important topics for the industry, and develop and share best practices. 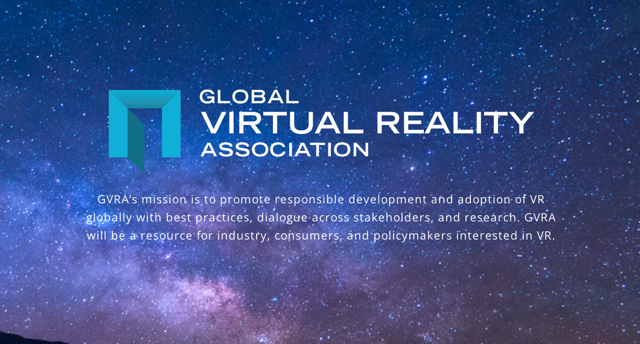 Noticeably absent from the list of founding members are VR experience production companies that are not subsidiaries of hardware manufacturers. This may be a short-term shortfall, or it may indicate that the group will focus on technical issues and not work to advance the language of the VR experience. Both technical and language factors contribute to simulator sickness in VR.

“Tech giants have been pouring investment into VR, making it one of the buzziest technologies this year,” reports CNET. “But there’s fragmentation in the pioneering community, and its members and consumers alike are looking for more collaboration and unification of standards, something the association can tackle.”