VR games and cryptocurrencies are joining forces. Social virtual reality company High Fidelity, co-founded by “Second Life” creator Philip Rosedale, began developing a blockchain for in-game cryptocurrency and intellectual protection in 2017. Now the company has debuted Avatar Island, a VR shopping center for avatars created by digital artists around the globe, and will accept payment in a new cryptocurrency running on blockchain. Rosedale notes that Linden Dollar for “Second Life” was one of the first digital goods currencies.

Bitcoin Magazine reports that Avatar Island’s cryptocurrency will “also track the history and ownership of each item.” 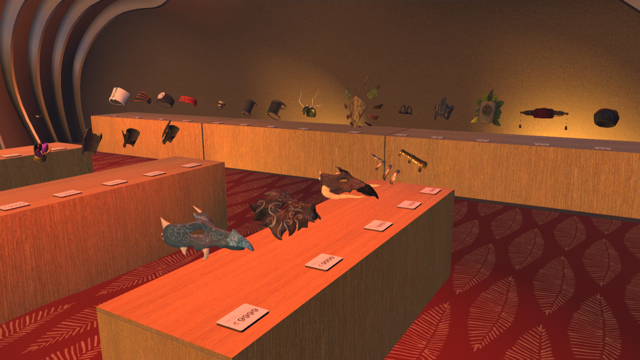 “[This] is the first beta release of the commerce system, which is a cryptocurrency-based content protection and payment system,” said Rosedale. “[Behind] the scenes, the currency is actually stored on a ‘blockchain’ very similar to Bitcoin but supporting a higher transaction rate and lower fees. This blockchain also stores the PoP [Proof of Provenance] information for digital goods, meaning that both your currency and your digital property will exist in a public database and cannot be altered.”

High Fidelity allows “developers to host VR worlds independently,” and “released an update that allows developers to rapidly deploy High Fidelity VR domains to the cloud, in collaboration with DigitalOcean.” Its Digital Asset Registry (DAR), is a “decentralized, publicly auditable ledger that serves as a record of transactions made by High Fidelity users,” with each item identified with a digital fingerprint and purchased via High Fidelity’s blockchain-based cryptocurrency, the High Fidelity Coin (HFC).

The DAR offers tamper-proof PoP services, “designed to solve the theft and counterfeiting problems that plagued ‘Second Life’.” HFC relies on a “new, public but ‘permissioned’ blockchain.” The High Fidelity Commerce system is “in closed beta,” but “High Fidelity is giving HFCs to anyone interested in participating in the beta.”

Crycash, which “will consist of four major components: Plink, a communications app for gamers and Crycash wallet; an advertising platform; an eSports platform for gaming tournaments and other events; and a virtual asset marketplace,” will hold a token sale from December 12, 2017 to January 15, 2018.