“Dragon Age: Inquisition” is a true testament to how sophisticated story-based virtual world games have become. The video game experience has become as immersive as any other story telling medium, told using compelling techniques that game developers have experimented with over the years. “Dragon Age: Inquisition” — while not the first video game to offer sophisticated interactive narrative — has been deemed one of the most ambitious story-based games of the year.

The fantasy role-playing game marks the third in a series by Canadian developer BioWare. It launched last week for PlayStation, Xbox, and PCs. 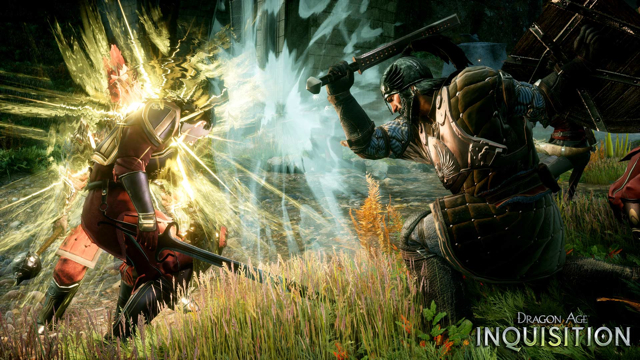 Chris Suellentrop writing for The New York Times compared his experience playing the fantasy game to that of traveling abroad. There is so much to explore, maybe so much so that one may never cover it all. “[The] sheer size of the world and the breadth of choices are impressive,” he adds.

Throughout the game’s narrative, filled with action and dialogue scenes, players are presented with options to dictate where the game travels next. There is no shortage of choices.

Suellentrop notes that interactive story-based games have been a long time coming. And while Suellentrop admires “Dragon Age: Inquisition” for its scope and magnitude, he also argues that there are plenty of games with great interactive stories operating on a much smaller scale.

Suellentrop makes a case for a few mobile games such as “80 Days,” “The Sailor’s Dream,” “Codename Cygnus” and “The Walking Dead,” games he suggests are also driven by innovative ways to tell a story.