After two years of working on the technology, Verizon will soon connect drones to its wireless network, with drone data plans starting at $25 a month for 1 gigabyte of data and $80 for 10 gigabytes, similar to what consumers are already paying for data. The company just demonstrated the technology with drone manufacturer American Aerospace Technologies at Cape May, New Jersey. The new drone data plan will allow consumers to connect their drones to the Internet, streaming videos and photos to earth.

The Wall Street Journal reports that, according to Verizon, the new drone plan — which the company calls Airborne LTE Operations, or ALO — “could be used by companies that inspect oil pipelines, farming yields or wildfires,” and that the service “could eventually evolve into a means of piloting drones remotely.” 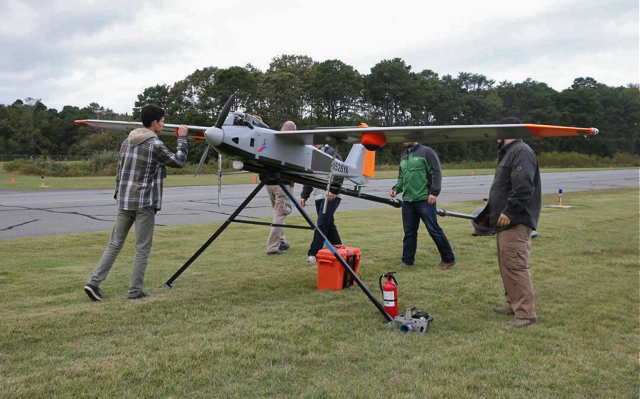 Current Federal regulations regarding drones state that an operator must keep the drone within his or her sight and can’t fly the drone higher than 400 feet.

Amazon and UPS are among those now testing the use of drones to deliver packages. Although that service is “several years away,” the involved parties are already debating new drone regulations. For its part, Verizon “hopes its new service will help inform that discussion by providing data on how companies use the service.”

Verizon Wireless technology fellow David McCarley notes that the company’s service will “help move the discussion ‘from the white board to the tarmac’.”

Verizon also plans to use drones, as well as its existing trucks and trailers with temporary cell towers, to patch up its network during emergencies such as storms. Verizon isn’t alone in this new venture; AT&T has also been testing ways to connect drones to its network, and Facebook has been experimenting with drones as a way to deliver Internet access to remote areas.