Ustream Offers SDK for Those Interested in Live Broadcasting

Following the positive response to the Meerkat app that enables users to temporarily broadcast live video via social media, and the restrictions placed on it by Twitter (which is likely readying its own similar service with the acquisition of Periscope), live-streaming startup Ustream announced that it is opening its internal API to anyone interested in building their own broadcasting app. This could potentially lead to alternatives for individuals and companies looking to broadcast video without the need for embedded media players.

“Timing aside, it’s a natural progression for the company, which shifted its focus to providing live-broadcasting-as-a-service for enterprises early last year,” reports TechCrunch. “Businesses have used Ustream to host ‘town hall’ events for employees working from a distance, as well as for showing live footage from large events.” 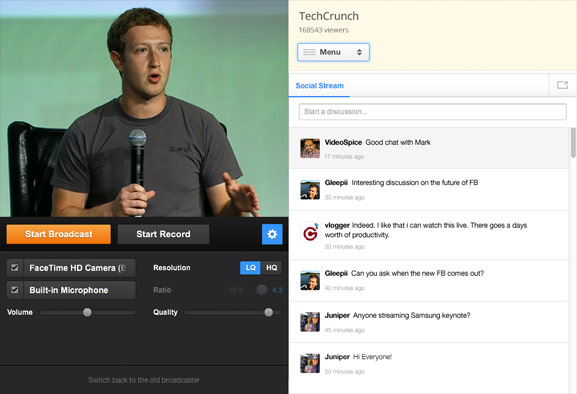 Ustream CEO Brad Hunstable told TechCrunch that “the API will be free for developers building their apps while they’re in testing and for release if they’re willing to have Ustream-owned ads run on top of broadcasts. Paying for premium access on top of the API will cut them out, as well as give access to Ustream’s advanced analytics packages.”

Hunstable said his company is interested in live broadcasting apps that bring something new to citizen journalism as well as live sporting events and concerts.

Initially available by invitation only, the API is expected to be widely available in the coming weeks.