TiVo is introducing voice control to its DVRs with support for Amazon’s digital assistant Alexa. Consumers who have TiVo devices including the Premiere, Roamio and Bolt boxes will be able to interact with Alexa for basic remote control commands such as skipping commercials with SkipMode, changing channels, and launching video apps like Netflix. TiVo joins companies including DirecTV, Dish and Verizon in adding hands-free, voice control features. At CES in January, TiVo announced its plans to add support for Alexa and Google Assistant.

“Thanks to developer tools like the Video Skill API, other cable and satellite TV companies, streaming services, and content providers can now add voice control to their devices and apps,” reports TechCrunch. “Amazon’s Video Skill API was updated in March to include support for DVR recording, allowing users to set and manage their DVR recordings via their voice — that’s something TiVo, presumably, will add at a later date, as it’s not live yet.” 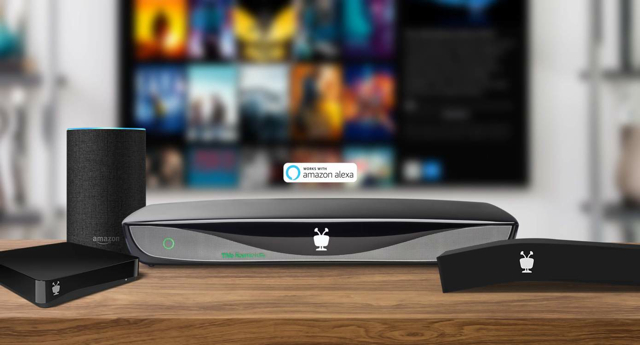 “With far-field voice control, life becomes more untethered for our customers,” said Andrew Heymann, TiVo’s senior director of product management. “They can continue to enjoy watching their favorite programming with TiVo’s cool features even when they’re preparing dinner and their hands are too dirty to use the remote, or when they’re exercising, and they don’t have access to their remote. Life suddenly gets a lot easier.”