Facebook Fails to Police Device Makers’ Use of Personal Data

Last month, Facebook admitted that it failed to properly oversee the seven device manufacturers that the company allowed to access personal data of hundreds of million of people in order to build a so-called Facebook Experience. The Silicon Valley company detailed its errors, which was detected by its own government-approved privacy monitor in 2013, in a letter to Senator Ron Wyden (D-Oregon), a privacy advocate and frequent Facebook critic. Meanwhile, Facebook users whose data was compromised have not been alerted. END_OF_DOCUMENT_TOKEN_TO_BE_REPLACED

In his review of the new BlackBerry Z10, personal-tech columnist David Pogue reverses his earlier suggestion that Research In Motion’s smartphone was doomed. While the once dominant BlackBerry has dropped to a single-digit percentage of the market and the company’s stock has plummeted, Pogue surprisingly notes that the new phone is “lovely, fast and efficient, bristling with fresh, useful ideas.” END_OF_DOCUMENT_TOKEN_TO_BE_REPLACED

Trouble at RIM: Will the BlackBerry Company Consider Selling? 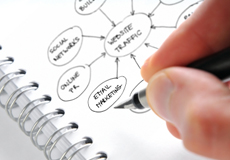