China’s Ant Financial Services Group, an affiliate of Alibaba Group Holdings, is building a global network of merchants that accept its payment services via the Alipay mobile payments app. Ant Financial just announced a partnership with the online-payments arm of Thai conglomerate Charoen Pokphand Group, meaning that Chinese tourists can use their familiar payment app there. Alibaba has also launched its new Digital Media and Entertainment Group as the company continues its push into movies, online video, music, gaming and more. END_OF_DOCUMENT_TOKEN_TO_BE_REPLACED

Steven Spielberg’s Amblin Entertainment just inked a deal with Chinese e-commerce company Alibaba Group to produce, finance and distribute movies. The relationship gives Alibaba an entrée into the Hollywood moviemaking industry, and Amblin a pipeline to distribution in China. Although the financial details of the deal were not disclosed, Alibaba will now have a minority equity stake in Amblin and a seat on its board, and Amblin will have access to the Chinese company’s massive database on consumers there. END_OF_DOCUMENT_TOKEN_TO_BE_REPLACED 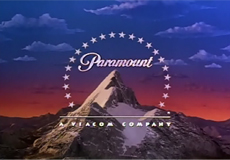