Tabletop computer screens could improve the restaurant experience for diners and employees. Restaurants such as Chili’s Bar & Grill plan to introduce such technology in the future. The causal dining chain, which has been testing the approach this year, will install tabletop touchscreens in most of its 1,266 restaurants by early next year. Dallas-based Ziosk LLC provides tablet computers mounted to a base that include menu options, a card swipe device and video games. 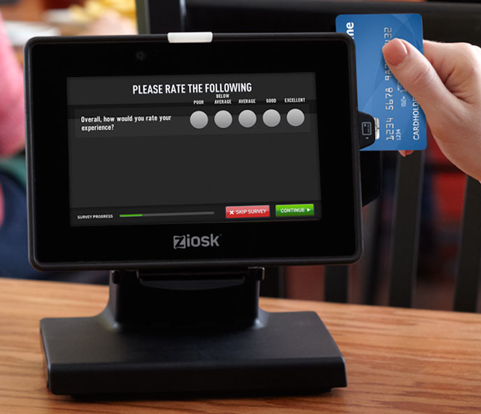 According to Krista Gibson, senior vice president of brand strategy for Chili’s, customers tend to spend more money with the screens because they tend to buy more coffee and desserts. “Pictures of desserts pop up on the screen midway through the main course, when people start to think about what they will eat next,” Gibson said. Dessert sales rose close to 20 percent, and coffee sales rose when similarly featured.

The new devices, however, are not a way to replace workers.

“We never pursued this as a way to cut labor,” Gibson said, adding that a server needs to be “the first person who comes in contact with our guests.”

About 50 percent of guests chose to pay with the screens to cut wait time. Moreover, the screens allow the restaurant to collect more customer data.

“Ziosk is one of several companies pitching tabletop devices for restaurants,” explains The Wall Street Journal. “The devices enable diners to order and pay for their meals, and sometimes flash ads or offer entertainment to diners for a fee.”

“Midtier and higher-end restaurants have been careful to maintain personal interaction between diners and waiters. Some higher-end restaurants, for instance, use tablet computers to give detailed descriptions of wines, but not to take orders or allow diners to pay. But at least one device maker said restaurants with tabletop screens could hire slightly fewer servers or reduce the hours of wait-staff employees.”

Chili’s pays Ziosk a monthly fee for the screens, and the companies split profits from the video game fee. Video game playing tends to increase with children present, according to Austen Mulinder, president and chief executive of Ziosk.