Storyline, a startup founded in September, has launched version 2 of its easy-to-use visual interface designed to help businesses, brands and publishers develop Amazon Alexa skills without the need for extensive coding knowledge. Since 39 million U.S. consumers now own a smart speaker, voice apps are needed, and Storyline hopes that its simple drag-and-drop solution will help foster that growth. The company refers to its approach as the “Weebly for voice apps,” drawing a comparison to the popular, easy-to-use, website-building platform.

Storyline CEO Vasili Shynkarenka and CTO Maksim Abramchuk, both from Belarus, have experience building chatbots and voice apps for clients, which led to their creation of Storyline. 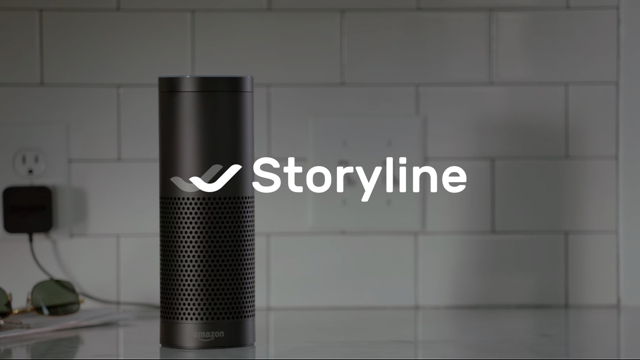 “We realized there was this big struggle with creating conversational apps,” explains Shynkarenka. “We learned that creative people and content creators are not really good at writing code. That was the major insight.”

According to TechCrunch, Storyline “is targeting brands, businesses and individuals who want to reach their customers — or, in the case of publishers, their readers — using a voice platform like Alexa, and later, Google Home. The software itself is designed to be very simple, and can be used to create either a custom skill or a Flash Briefing.”

Storyline launched in October 2017 and soon 3,000 accounts were opened. About 200 skills from these accounts made it to Amazon’s Skill Store.

“Apple, Google, Alibaba, Microsoft, Samsung  —  every single one of these companies are opening their own platforms,” wrote Shynkarenka in the announcement. “In 10 years, everything in your home will be controlled by your voice. Your car, favorite restaurant, hotel, conference room, office. Voice is going to be everywhere. And it’s already happening, all BMW cars in 2018 will have Alexa on board and Wynn Las Vegas hotels already use Echo in rooms.”

While other companies such as Sayspring also help build voice apps without code, the idea is that it is the first step in handing the concept to a designer or developer, rather than directly publishing the skill, notes TechCrunch.

“Prototyping tools are great to play with and explain ideas, but it’s super hard to retain users by being a prototyping tool — because they use the tool to prototype and then that’s it,” suggests Shynkarenka.

For additional details and video about Storyline v2, visit the blog post announcement.