Startup Launches TV Show Based on Your Facebook Timeline

Los Angeles and Israel-based startup Social Studios has teamed with actress Noa Tishby to produce an “Entertainment Tonight”-like show featuring videos, status updates and photos from users’ Facebook timelines. “Your Show,” which launched Monday night, gets information from a Facebook app that collects data from news feeds, mixes it with pre-produced segments with Tishby and creates seven-minute episodes.

According to Social Studios CEO Anat Amibar, inspiration for the show came when a colleague of hers bought a smart TV about a year ago. The two tried out the TV’s Facebook app and immediately thought that the concept could be done better. “Facebook on a smart TV is like an old mobile version of Facebook stretched to 55 inches,” she said. 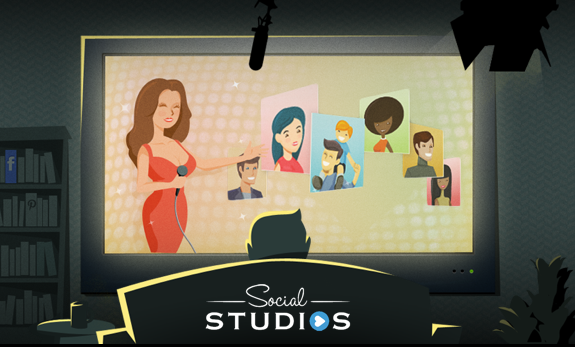 “She also said that the company has already recorded dozens of clips with Tishby to give the show a different look and feel every day, and added: ‘Of course, the content itself is different every day,’” reports GigaOM.

“So how does watching ‘Your Show’ feel like?” writes Janko Roettgers for GigaOM. “I got to play with the latest episode, personalized to my news feed, on Monday, and have to say that I couldn’t quite make up my mind about it. The novelty factor was fun, sure, but I can also see this getting annoying pretty soon. And do I really need a human host if all she does is segue in vague terms to some photo my cousin posted online?”

“However, I could see this kind of programming become part of something bigger,” Roettgers adds. “What if the show actually presented you with real entertainment news, only to mix in some personal news every now and then? Or what if you got a news program that’s interrupted by curated hyperlocal videos?”