In a first, Space Exploration Technologies Corporation (SpaceX) successfully sent a rocket into space and then back to earth, where it landed, standing and in one piece, near the launch site in Florida. For SpaceX chief executive Elon Musk, the success marks another major step towards the ultimate goal of sending people to Mars. This is the company’s first flight in half a year; its last rocket launch, carrying supplies to the International Space Station, ended in the rocket’s complete destruction.

The New York Times reports that this rocket carried 11 small data-relay satellites for Orbcomm, which were successfully sent into orbit. The launch’s success, as Musk detailed in tweets, relied on upgraded design of the Falcon 9 rocket. 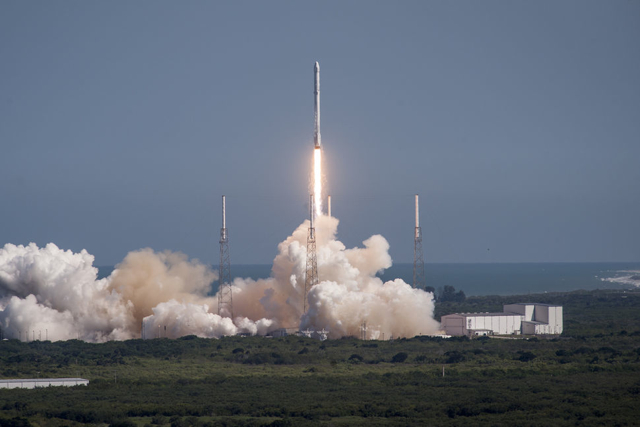 Specifically, “the liquid oxygen was chilled to minus 340 degrees Fahrenheit, about 40 degrees colder than on earlier flights, and the kerosene fuel was cooled to 20 degrees instead of 70 degrees.” The rocket alighted, ten minutes after launching, six miles south of Cape Canaveral, at Landing Zone 1, a former Atlas ICBM complex that SpaceX now leases.

Musk says he plans to re-launch the rocket booster, key to his belief that if rocket stages can be re-used, space travel will become affordable. Currently, notes NYT, “most rockets are launched just once, the boosters falling back to Earth as expensive junk.”

Amazon chief executive Jeff Bezos founded Blue Origin, another rocket company that demonstrated similar technology with its new suborbital Shepard rocket, in November although, says NYT, “the gyrations of SpaceX’s Falcon 9 that were needed to accelerate on a trajectory to orbit and then reverse course were considerably more arduous than for a suborbital flight.”