Stewart Butterfield, founder and CEO of office chat software maker Slack Technologies, says his company is using AI to help build an advanced virtual assistant. Slackbot, Slack’s current built-in assistant, is an icon used for tips, searches and even a sprinkling of humor. In discussing the future potential of Slackbot, Butterfield compares it to the Samantha software voiced by Scarlett Johansson from the film “Her.” Butterfield is leveraging natural language processing and machine learning to build a truly helpful digital office assistant.

In doing so, he’ll be taking on Apple, Facebook, Google and others who have been heavily investing in this space in recent years. 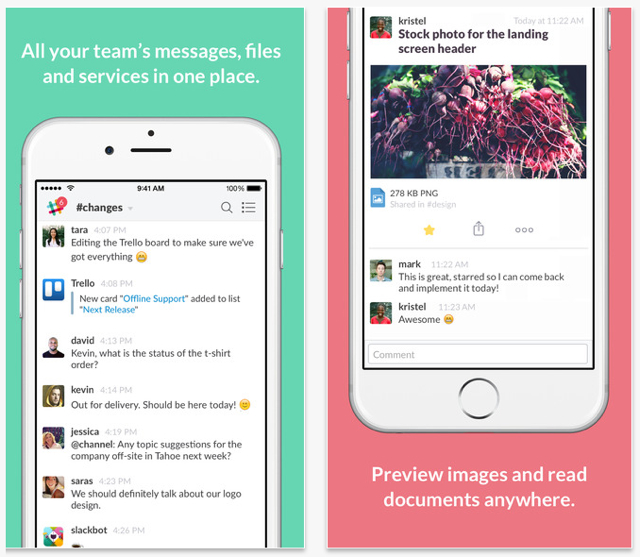 According to The Wall Street Journal, “Butterfield doesn’t plan on making Slackbot a sentient artificial intelligence like in the movie, but rather infusing the Q&A tool with natural language processing and machine learning so that it can do mundane, time-consuming tasks like scheduling meetings that take up a lot of employees’ time and attention.”

The two-year old startup, which is already valued at more than $2.8 billion, recently hired its first data scientist and is planning to invest in artificial intelligence. Butterfield acknowledges the challenge, suggesting that “Siri is nearly useless” after “Apple spent billions of dollars.”

“Butterfield aims for Slackbot to be the virtual assistant to everyone on a team simultaneously, while also having access to their organization’s institutional knowledge: who is working on which projects, where they’re stuck, who is on vacation and when they’re getting back,” explains WSJ. “He reckons that Slackbot could boost a company’s productivity by 20-30 percent.”

Meanwhile, other tech leaders are working on similar technologies to address productivity.

“Facebook’s artificial intelligence team is much further along than Slack on its smart virtual assistant, named after James Bond’s assistant in the spy movie series,” notes WSJ. “The company said that its forthcoming MoneyPenny software learns to recognize human interactions in pictures and video, as well as analyze sentiment in human texts.”