Risks and Rewards Grow with the Booming Internet of Things

In case you think the Internet of Things is not yet real, Deloitte & Touche’s Craig Wigginton will set you right. “Ten to 20 billion things are connected today and that will grow to 40 to 50 billion things by 2020,” he said during a CES session. IoT is however, still growing. “Over 90 percent of things that could be connected are still not connected,” he noted. “There’s tremendous potential, with trillions of dollars at stake.” Risks are also at stake, including physical injuries and cyber crime, which costs companies $400 billion a year.

In a session on IoT’s risks and benefits, Wigginton reported that 68 percent of consumers have interest in connected cars, surpassing wearables at 59 percent and smart homes at 53 percent. 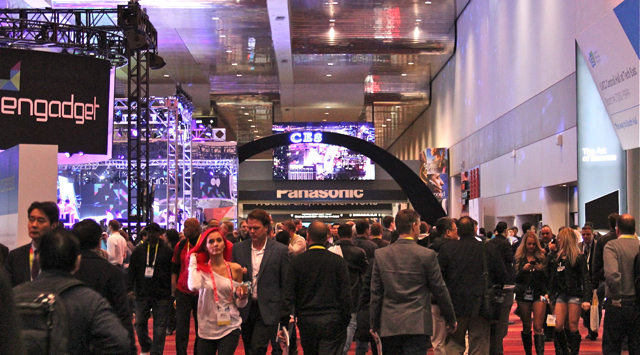 AIG executive Robert Schimek put one myth to rest. “People believe IoT only relates to consumers,” he said. We think of it as the industrial ecosystem where all these connected devices come together.” He revealed that AIG just invested in workplace wearables startup, Human Condition Safety and cyber security consultant K2 Intelligence.

CTA economist Shawn DuBravac said IoT will create changes that ripple out into society. “When we move to autonomous vehicles, where we decide to work and live will change,” he suggested. “What you need inside the car also shifts. You could put a desk or hot tub in there.” As IoT sensors and devices begin to pervade the environment, risks will change.

“As we digitize these environments, you start to more accurately measure new risks and mitigate them,” said DuBravac.

Where liability rests, however — with the manufacturer or the individual — has not been determined. Schimek notes that in between today’s era of almost no autonomous vehicles and a future of great penetration, we’ll have a longer period that mixes “the regular Joe and autonomous vehicles on the street at the same time.”

“You may see 90 percent fewer accidents,” he said, noting the huge savings for insurance companies such as AIG. “The challenge is getting from here to where we want to go.”

Privacy and security are big issues as IoT becomes more pervasive. ZigBee Alliance chief exec Tobin Richardson reports that IoT is a “great way to mitigate risk throughout the home,” but notes the trade-off between security vs. ease of use.

Symantec IoT security executive Brian Witten notes that his company has embedded security into more than 1 billion “things,” adding that “a lot of people are assuming security is built into things from brands they’ve trusted and used for years.” But he also reports that 18 percent of people have returned IoT devices because of security and privacy concerns.

The whole assumption is that the device will be hacked,” said Richardson. “You know there will be attempts to break into your system, and that educates how you design it. Not just harden it, but also the mitigation when it does become compromised.”