Reserve, Pay and Eat: Tock’s Pre-Order Solution to Dining Out

The current model by which restaurants take reservations is susceptible to problems that can arise from late arrivals, long waits and even no-shows. That is the reason that entrepreneur Nick Kokonas and chef Grant Achatz have joined forces to create Tock, a reservations system built to resolve the issues that often lead to inefficiencies in restaurants. Intrigued by the benefits of pre-paying for meals and being issued tickets for seating, ex-Googler Brian Fitzpatrick now serves as the chief technology officer.

“In short, Tock wants to be the Uber of appointments,” reports Medium. “But for now it is just one of several contenders to be the great disruptor of the traditional means of booking a restaurant table  —  a time-honored practice that really doesn’t respect people’s time. But standing in Tock’s way is a savvy defender of the status quo called OpenTable  —  and a belief by many foodies that dismantling the current system would destroy restaurant culture.”

According to Kokonas, the current reservation system is structured around an exchange of lies between the customer and the restaurant about when a customer plans to arrive and when a table is actually available. The solution, he suggests, is transparency. 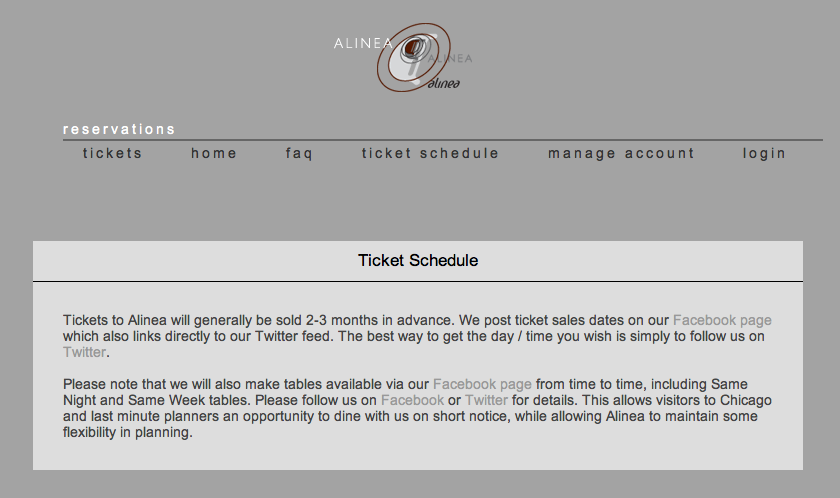 Kokonas and Achatz believe the solution to such problems is a simple one that has been used for entertainment such as theaters and concert venues: the model of selling tickets and having customers pay for a product or service in advance. It is a transparent method that allows customers to see when a table in available and when it is not.

In 2005, Achatz and Kokonas opened Alinea, a Chicago restaurant with a prix fixe menu that went on to earn three Michelin stars. As a result, it became nearly impossible to land a reservation at Alinea.

And so five years later, when the duo decided to open up a second restaurant called Next, Kokonas was convinced it was time to experiment with a new reservations system. With Achatz on board, Kokonas decided to hire a programmer to develop an early version of the system to work for Next that would eventually span across the duo’s other properties as well.

Since implementing the new system, the duo has seen a decrease in no shows and under bookings and customers are seated upon arrival as indicated by their reservation time.

The system allows Kokonas and Achatz to make price adjustments, inflating prices at peak hours, and offering discounts for slower hours. Kokonas hopes to expand Tock beyond the restaurant industry, to work with other services that rely on appointments and pre-bookings.