Researchers from Georgia Tech, the University of Tokyo, and Microsoft Research have developed a technique in which cheap, functional electric circuits can be printed using only $300 of material and equipment. This technique uses silver nanoparticle ink instead of utilizing sintering. The researchers were able to print a circuit in roughly 60 seconds onto almost any material that can go through a printer, though some materials worked better than others. 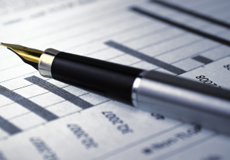 “Once printed using silver ink on flexible base material, the circuits can be attached to existing hardware by simply laying or taping them in place and making connections using conductive tape or conductive glue. Soldering would destroy the underlying material,” reports Slashdot.

Initial reports referred to the result as a “paper computer,” although the researchers were only able to print such items as a Wi-Fi antenna, circuits for an LED and a 3D-printed flashlight.

“They also produced circuits containing microprocessors and memory-chip connectors that could potentially become components of an actual device, but the printing, ink and materials are still far too basic to allow that, according to Matt Johnson of conductive-ink manufacturer Bare Conductive.”

“As a demonstration, the research team printed circuits designed to allow capacitive-touch sensing in smartphone screens onto a capacitive ribbon, which they attached to a drinking glass. The ribbon, connected to a micro-controller, was able to track and report on the level of liquid remaining in the glass,” explains Slashdot.

The instant inkjet circuits will mostly be used by circuit or electronic circuit or electronics designers, datacenter maintenance staff or other technicians who need to recreate or design circuits quickly and cheaply, whether they be temporary replacements or new prototypes, according to Gregory Abowd, professor of Interactive Computing at Georgia Tech.

“We believe there is an opportunity to introduce a new approach to the rapid prototyping of fully custom-printed circuits,” Abowd wrote. “Unlike existing methods for printing conductive patterns, conductivity in our technique emerges within a few seconds and without the need for special equipment.”

Hobbyists could also use the setup to produce calculators, thermostat controls, or other electronics.

“In addition, it could be used in classrooms to teach students the design and manufacture of basic electronics far more cheaply than producing them using traditional materials, according to team member Steve Hodges of Microsoft Research.”

Circuits can be designed using either an application that draws the connections or using a photocopy of a circuit drawing.