Researchers at two different universities have created wearable sensors that are ultra-thin, lightweight and breathable. Although they are based on different technologies, both of the new sensors can monitor vital signs, including electrical muscle activity and body temperature and can be worn over a long period without creating skin irritations or inflammation. That is in contrast to many existing wearable sensors, which because they are made of polyester or rubber, are not breathable and may irritate the skin.

The New York Times focuses on one research group that has created a nanomesh technology that looks and feels like a temporary tattoo. “We succeeded in completely removing the discomfort of wear,” explained University of Tokyo professor Takao Someya, one of the paper’s co-authors. “People cannot even feel the existence of our devices on their skin.” 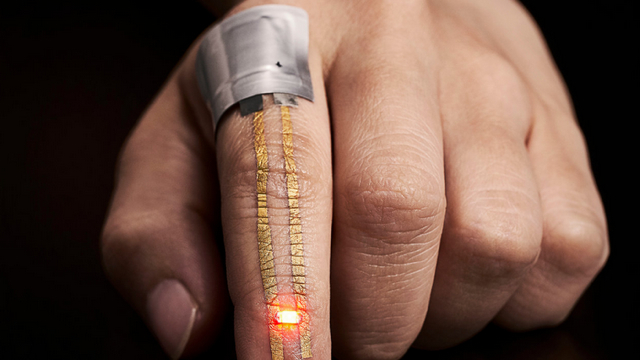 The new so-called nanomesh device “can theoretically be worn for a week or longer without such problems,” although, like a temporary tattoo, it can also “be rubbed off with water,” meaning it will need to be replaced after every shower or bath.

The sensor’s nanoscale meshes contain “a water-soluble polymer called polyvinyl alcohol and a layer of gold,” the latter for its “durability and softness.” Someya says the gold may be able to be replaced with aluminum to make the sensor “more cost effective.”

“We can see numerous potential applications in the medical field, also in sports and in people’s welfare everywhere,” said Someya. However, Northwestern University professor of materials science and engineering John Rogers notes that the nanomesh sensor is not “a full integrated electronic system,” but “needs to be combined with a power source and devices to read and transfer the data.”

Wired reports that, at Harvard University, textile engineer Asli Atalay and her team developed “a soft, stretchable, motion-measuring sensor,” that uses “silver coating the flexible fibers, so the fabric can stretch and conduct electrons at the same time.” The result is what’s called a parallel plate capacitor, and bioengineer Conor Walsh, who co-authored the paper, notes that the sensors could be embedded in a t-shirt, for example, and could measure heart rate. 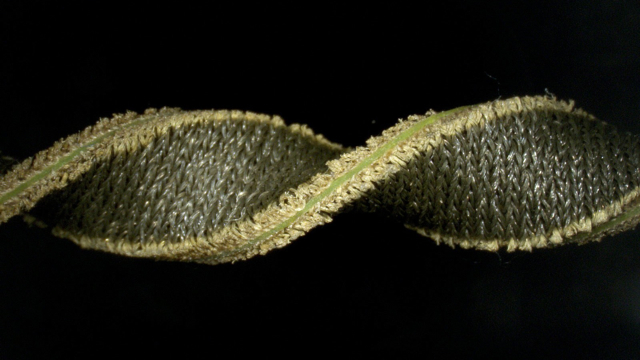 Atalay and her team attached sensors to the fingers of a glove, and “registered capacitance changes between different hand positions.” Walsh notes, however, that the technology is not quite “at the put-it-in-the-machine and wash it for 20 cycles stage yet.” To become a full system, “roboclothes will also need other infrastructure to support these stretch-tracking sensors.”