Currently, chipmakers are still battling for dominance in connected cars. Qualcomm announced it will make a new version of the Snapdragon chips that are already specifically designed for automobiles. 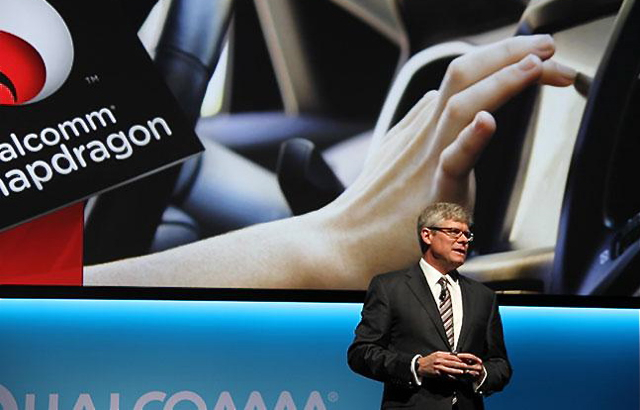 Nvidia, a rival chipmaker, also has a partnership with Audi. The Wall Street Journal reports, “An Nvidia spokeman said that Audi still uses that company’s chips for applications like self-driving cars, while it uses other vendors for what he called ‘lower-end’ applications.”

Qualcomm is also trying to push Snapdragon chips into more smart devices that are a part of the Internet of Things. The company teamed up with Novartis to make a connected inhaler for people with chronic obstructive pulmonary disease. The home reference platform includes a special version of the Snapdragon chip that can help add computing and voice recognition to all kinds of smart home devices.

One of the LTE cellular chips designed for smart home devices can last up to ten years on just two AA batteries, which has been a major issue in smart devices.

And Qualcomm is still innovating for smartphones, too. At CES, the company showed a smartphone that uses their ultrasonic fingerprint scanning technology. The technology is so advanced that it can scan even when a finger is wet or has lotion on it. Meanwhile, Qualcomm announced that 80 new models of smartphones would use the newest model of its popular smartphone chips.