Adweek reports that Qualcomm’s new standalone headset is “more advanced than some of the mobile phone-enabled headsets” and, unlike the Oculus Rift and HTC Vive, is untethered. The three developers chosen by Machinima “all have experience developing on other platforms and with other companies such as Google.” 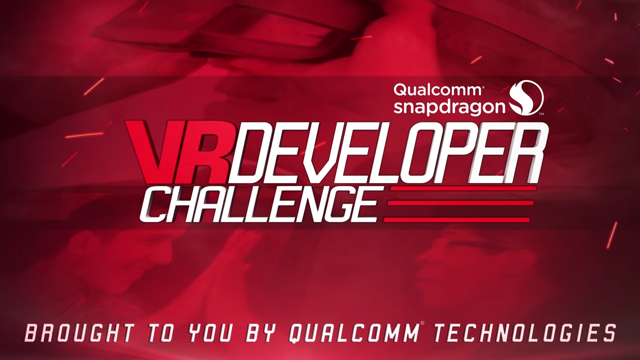 In the show, we see “the developers going from concept to creation: talking about their ideas, overcoming personal obstacles, and even facing user testing.” The YouTube celebrities in the show are Ana Brisbin (Brizzy Voices), Zach Drapala (Ghostrobo) and Kimmy Saracino, each of which “has a built-in fan base through the millions of subscribers that follow their channels.”

McNeill, who created a VR strategy game for his project, noted that VR developers are looking “to create the first major breakout experience.”

The winner received a prize of $20,000 and distribution to Machinima’s 12.6 million YouTube subscribers. The runners-up each received $2,500. “It’s a way to reach a broader audience and show the mindset, motivation, approach and ultimately outcomes of the developers in this reality TV series,” said Qualcomm North America/Australia senior director of marketing Andrea Hogan, who reports that the developers were chosen based on “creativity, vision, camera presence and ‘diverse voices’.”

Oculus has been “fostering VR developers for years through fellowships and conferences that bring together some of the biggest names in the VR community,” and, last year, Samsung had its own Creator Awards as well as a VR storytelling showcase at the 2016 Sundance Film Festival.

McNeill hopes that the medium of VR will be more “indie-friendly” than the gaming world in general, and Julia Kaganskiy, director of New Inc., the New Museum’s incubator for art, technology, and design, calls VR “the most diverse corner of the male-dominated tech space” due to it having “no formalized industry, and therefore no industry hierarchy.”