Qualcomm has introduced Snapdragon Flight, a platform for consumer drones that has been under development for the last six months. Named after Qualcomm’s Snapdragon 801 processor, the platform supports a 4K video camera, two cameras for depth and a fourth for indoor stabilization. Snapdragon Flight supports Sony IMX camera sensors for video and Omnivision OV7251 sensors for computer vision. Companies that adopt the platform should be able to develop drones for sale within the first half of 2016.

The Snapdragon board is 58 millimeters by 40 millimeters and weighs less than 13 grams. According to Fast Company, it is “the basis for the world’s smallest flying 4K cameras, capable of 1080p video at 60 frames per second” and will enable “drones that are in their entirety lighter than the gimbals on many existing drones with 4K cameras.” 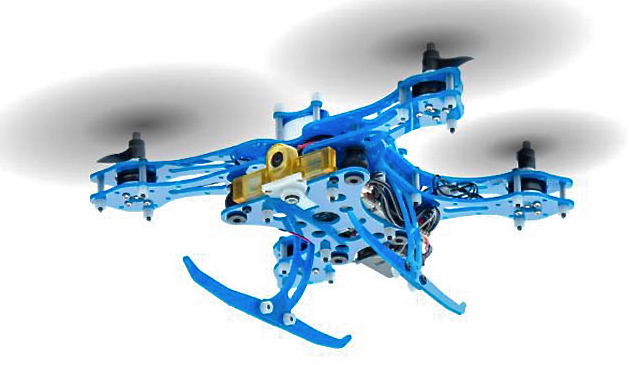 Another feature is low-latency (less than 150 milliseconds) first person view — what Qualcomm calls “video game threshold” — that can be captured at the same time as 4K video.

The first to purchase Qualcomm’s Snapdragon Flight is Yuneec, a Chinese company that competes with drone manufacturer DJI. In an interview with Fast Company, Qualcomm’s Internet of Things executive Raj Talluri said, “We are hoping that all the companies making drones will be interested in this… The goal of our launching the platform is to make it easy for everybody not to have to develop from scratch. It’s a good starting point and then [manufacturers] can differentiate.”

Talluri notes that all the processing of data coming in from the cameras is done on board. The board also has built-in 802.11n and Bluetooth LE communications and will soon support 4G LTE dongles. With 4G LTE connectivity, drones will be able to transfer images and, predicts Drone Analyst chief executive Colin Snow, “eventually use it for communicating to a yet-to-be-developed unmanned traffic management system.”

Research firm Radiant Insights reports that the global commercial drone market is poised to explode, from $609 million in 2014 to $4.8 billion by 2021.

“The integration of Qualcomm’s Snapdragon processors in drones will have the same effect that it’s had on mobile devices,” said Snow. “Drones will get even sharper image capture and post-processing, improved performance, and better communications. Combining chips will not only improve imaging and imaging options, but will also improve precious battery power as overall weight of the drone drops.”