Book publisher Penguin Random House has announced its media diversification with planned film and television projects, an effort that first began when Random House created a movie unit. The company hopes that this expansion will help generate revenue and promote its authors. The company’s first TV co-production, “Heartland Table,” will debut September 14 on the Food Network and star chef Amy Thielen, whose new book will be released shortly after. 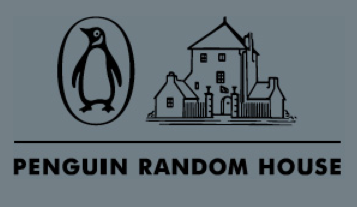 Food personalities such as Rachel Ray and Emeril Lagasse have seen a rise in book sales from gaining acclaim on television, and Penguin Random House hopes to help Thielen achieve success in a similar manner. The company also is leveraging Thielen’s TV show as a way to further their media expansion.

“In 2005, Random House — which last month merged with Pearson PLC’s Penguin Group to form Penguin Random House, majority-owned by Bertelsmann SE & Co. — set up a film unit to develop movie projects from the company’s titles. About a year ago Random House set up a TV unit with the same idea. Both are part of Random House Studio, headed by Peter Gethers, who also serves as an editor at large for Random House,” reports The Wall Street Journal.

While novels are often adapted into films, the idea of a book publishing company becoming involved in TV and film production is fairly unique.

“Random House lost money on its first movie, ‘Reservation Road,’ a box-office dud, and it might take as long as 10 years for its second movie, ‘One Day,’ to show a profit,” suggests WSJ.

However, the book that “One Day” was based on, a novel by David Nicholls, sold more than 1 million copies in the U.S., proving that the publishing company’s hopes for TV and film are not entirely improbable.

“It launched David Nicholls as a major commercial novelist — which will, of course, help us now with his future novels,” said Gethers.

“That means the publisher won’t participate in any ancillary revenue, including any digital licensing revenue,” explains WSJ.

“Owning the digital rights in this day and age, and having some equity, wouldn’t be a bad thing. But the Food Network is one of the country’s most-watched cable networks. Their viewers would logically be interested in the cookbook,” said Brad Adgate, research director for media-services agency Horizon Media.