The anonymous developers behind Popcorn Time, one of the fastest growing torrent platforms in the world, have figured out a way to get their new app on iPhones and iPads without going through the Apple App Store. Apple’s security team will not approve apps that facilitate copyright infringement, so the developers have created a new software called iOS Installer for Windows. This software will allow people to download the Popcorn Time app without jailbreaking their phones.

The iOS Installer has to be downloaded onto a desktop computer before it can be used to install the Popcorn Time app onto an iOS device. Apple has security features in place that prevent users from installing unauthorized apps onto their devices, but the anonymous developers disclosed that the software capitalizes on “the ability Apple gives to enterprises to install apps on their workers devices,” according to Wired. 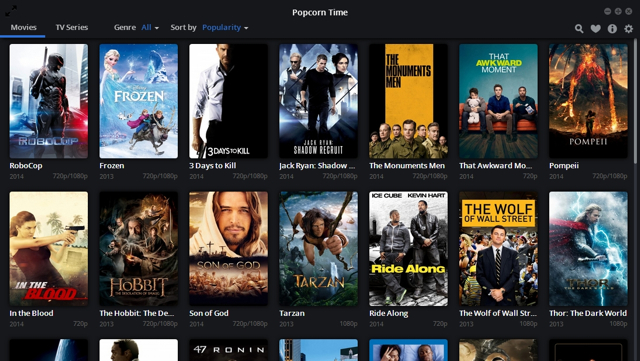 The tech giant does have a program called iOS Developer Enterprise Program, which allows companies to install apps on their employees’ devices without going through Apple. Companies or even government organizations like the NSA don’t necessarily want to show their code to Apple because of security or privacy reasons. The service costs companies $299 per year.

Meanwhile, everything Popcorn Time-related is free, from the app to the software that lets people watch torrents from their desktops. Popcorn Time has a user-friendly design and a vast collection of content, much of it pirated. The original software was taken down, but Popcorn-Time.se and PopcornTime.io use the same open source code as the original.

The team behind Popcorn-Time.se is also behind the iOS installer project. Currently, this software is only for Windows, but a Mac version is expected to debut in two weeks.