Paramount Pictures, in partnership with Bigscreen and in collaboration with Oculus, Samsung, HTC and Microsoft, is launching its first VR movie theater. On December 3, anyone with any brand of VR headset can sign onto Bigscreen’s website and watch “Top Gun 3D” for free. The viewer walks into a virtual movie theater with theater seating, and watches trailers prior to the main film. Viewers are seated in a virtual audience and can chat before the movie, which is shown in 30-minute increments over the following 24 hours.

Deadline Hollywood reports that Paramount senior vice president of new media Tom Hayes first saw Bigscreen a year ago when it was being marketed as an enterprise productivity tool. He immediately saw its potential to be a virtual movie theater. Six months later, the result, he says, “is a good example of what happens when you collaborate with Silicon Valley.” 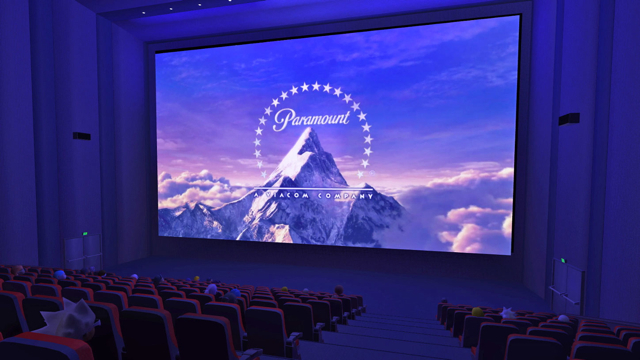 “It launches a possible new platform for the film business,” said Hayes. “Obviously, you can add all sorts of bonus content with the filmmakers Q&A, games, trivia, for example, afterwards. There’s no limit to what we can do.”

Hayes reports that the studio wanted to “start the conversation.” “Jim G [Paramount chairman and CEO Jim Gianopulos] is a progressive thinker, and we want to get out front and see where audiences want to go,” he said. “There is quite a cultural difference between high-tech and Hollywood. Here we are testing something that is a page turner in the history of media.”

Gianopulos has previously stated that PVOD was “inevitable … [in] a period of months, not years.” He added that if PVOD had a negative impact in exhibition sales, the studios would “obviously” provide exhibitors with “an enhanced revenue stream” that included monies from home viewing.

Paramount’s new VR theater, adds Deadline, is an alternative to “the Screening Room and other premium video-on-demand systems by virtually bringing movies directly into the home — this one via a big-screen experience.”