Power Japan Plus has developed an organic battery using cotton’s carbon fiber, which the startup claims will generate more power than a lithium-ion battery and can charge up to 20 times faster. The company also says that its battery can be charged thousands of times without losing energy capacity (unlike lithium-ion batteries). Power Japan Plus envisions the technology enabling more affordable, long-range electric vehicles that can be charged in minutes and travel hundreds of miles. 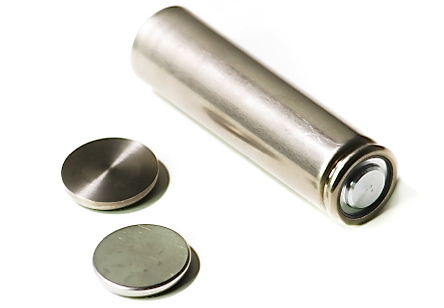 “The only electric vehicle currently on the market that can go close to 300 miles on a charge is Tesla Motors’s Model S, which sports a massive and expensive lithium-ion battery pack,” reports The Atlantic. “You can be excused for thinking this seems too good to be true.”

Texas startup EEStor drew millions from Silicon Valley investors nearly ten years ago, notes the article, “based on its claims to have developed a battery-like capacitor that would make long-range electric cars affordable. The company has yet to deliver on its promises.”

The ambitious claims of Power Japan Plus is based on organic cotton. The company has modified the structure of cotton’s carbon fiber to create what it calls a Carbon Complex, which forms “the anode and cathode of its Ryden dual carbon battery, with an organic electrolyte as the conducting fluid,” explains The Atlantic, adding that “Ryden is the English translation of the Japanese characters that mean god of lightning.”

Power Japan Plus says the batteries operate at a steady temperature, which could eliminate the need for expensive cooling systems when packaged into battery packs for electric automobiles. The company plans for a pilot production line in Okinawa to manufacture up to 5,000 batteries per month later this year.

“Power Japan Plus plans to sell batteries for use in electronic devices but would collaborate with electric carmakers and license the technology to their battery makers, earning royalties and consulting fees,” The Atlantic reports. “Hurdles remain, to say the least. The technology has yet to be proved effective in electric cars, though the company said it will demonstrate that capability later this year.”