Following a positive response to the Shield Android tablet, Nvidia hopes to win gamers over once more with the launch of its game-streaming service later this year. The Grid cloud-based service is slated for a North American launch later this month with Europe and Asia scheduled for next year. Nvidia will aim to release new games frequently, every week or so, to quickly amass a library that exceeds 100 games. The gaming service hopes to capture consumers of the Shield products market.

According to Re/code, Nvidia will stream games pulled from the cloud, rather than an existing model that makes use of an Nvidia-chipped PC. “Grid is 12 times as powerful and gets twice the frame rate as games streamed over PS Now,” notes the article. 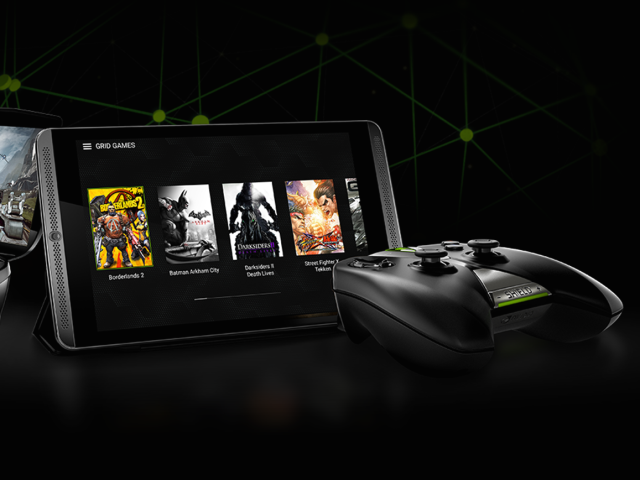 Nvidia has set ambitious goals for its service, often comparing itself to Netflix, and criticizing competitors such as PlayStation for using outdated technology.

To get Grid going, Nvidia is set to make Grid available at no cost, as a preview for existing Shield Tablet and Portable users. The device currently features a limited catalog of games, including the first two “Batman Arkham” games, “Saints Row the Third” and “Borderlands” (1 and 2).

“The streaming happens over Wi-Fi, and Nvidia recommends Internet connections of at least 10 megabits per second,” explains Re/code. Ethernet connectivity is another viable option, one that Grid GM Phil Eisler also recommends.

Nvidia has yet to determine a price point for the service, although owners of either the Tablet or Portable can expect their free trials to run for six months.