New Samsung Smartwatch to Use Tizen Rather Than Android

Amidst the rapid growth of the wearables market, Samsung intends to bypass Google’s Android operating system in favor of the Tizen OS for its new version of the Samsung Gear smartwatch. Hoping to avoid giving Android the same boost it received in the smartphone and tablet markets, Samsung is aiming to develop more of its own software and services. Samsung is expected to unveil the updated Gear smartwatch along with a new HTML5 version of Tizen at the Mobile World Congress in Barcelona next week. 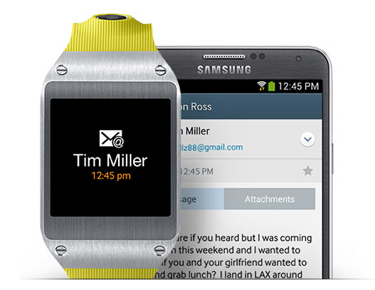 Samsung is using Tizen in its smartwatches to avoid this happening with the wearable technology market as well. The updated Samsung Gear will use an HTML5 version of Tizen.

It could be a risky move for Samsung since HTML5 apps have had problems with performance in the past, but it could also attract developers to create apps for the new smartwatch.

The article notes Tizen “is an open-source project that is trying to develop a software platform for smartphones and other connected devices. Launched last year, the effort had a tough start, with some members dropping out. But on February 12, the organization announced 15 new partners, including mobile and Internet giants Sprint, SoftBank and Baidu.”

“If Samsung releases more Tizen devices, that’s potentially a big opportunity. If they make that move in a big way, we want to make sure we are there early,” said Stuart Richens, VP of digital media at Network Communications, and owner of the mobile app Apartment Finder.