Startup New Matter, led by veteran engineer Steve Schell, has developed a $250 3D printer called the “MOD-t.” New Matter’s digital platform may be as groundbreaking as the low-cost hardware itself. Schell found three obstacles with 3D printers: first, they are too complicated for ordinary people to experiment with; second, it is hard to find high-quality objects to print; and third, the price is prohibitive. New Matter has created a printer that may be simple and affordable enough for most consumers.

New Matter is able to offer this printer at a lower price by eliminating parts. “By combining the driving force for one axis with the guiding force for the other axis, it cuts the part count in half,” Schell says.

The startup is overcoming the other two obstacles with a new digital platform. 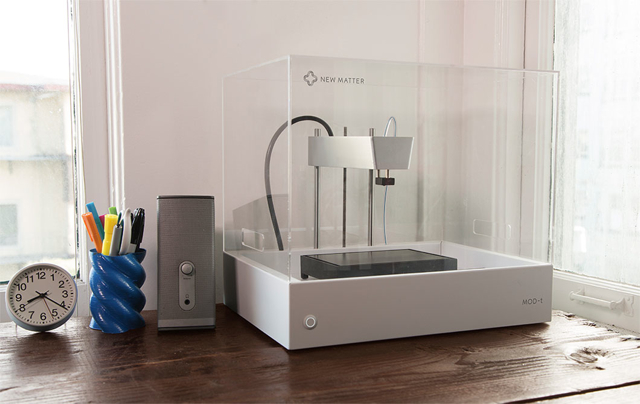 “The idea, in essence, is to build an App Store for 3D designs,” explains Wired. “By letting artists and designers submit their own objects to a curated digital gallery, New Matter will give its users a selection of stuff to print right out of the box. That same software will let users print their designs with just a few clicks — or taps of a tablet screen.”

The printer also has built-in Wi-Fi, which allows users to print wirelessly.

“In addition to giving MOD-t owners a place to find objects, New Matter also wants to give creators a place to showcase and sell their work,” notes the article.