This past year, Mozilla announced plans to develop a website that could support virtual reality. In June, it released an update with an experimental design for Firefox and the Oculus Rift. And earlier this week, to help celebrate Firefox’s 10th anniversary, Mozilla launched MozVR.com, a site featuring virtual demos, website blueprints, source code and guided tutorials to propel the growth of VR online. For now, the experience is only possible with the support of Firefox’s VR-enabled feature and an Oculus Rift headset.

According to Mozilla, MozVR’s current interface, while not a finished product, replicates the seamless movement we experience of moving from site to site on the Web today: “[Menus] and loading indicators appear as unobtrusive layers that wrap the experience and are easily summoned or dismissed,” and clicking “a link becomes like teleportation, as one VR world dissolved seamlessly into the next.” No plugins necessary. 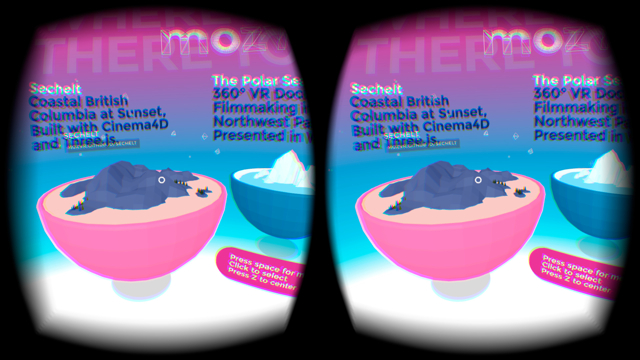 The website offers a short but impressive list of demos that invite users to travel through the skies of British Columbia with “Sechelt,” or explore the Arctic in a 360-degree VR documentary called “The Polar Sea.”

MozVR.com also features the first talk show to be filmed in VR as well as an artistic display of visual data from artist Tatiana Plakhova.

While MozVR currently only works for the Oculus Rift and Firefox, the Mozilla team has promised to enhance the site to be compatible with other devices and browsers in the near future.