Microsoft has unveiled its first Android smartphone, the mid-range Nokia X2 Dual SIM, and has made Opera the handset’s default Web browser. The $135 Linux-based device features a 4.3-inch WVGA display, 5-megapixel camera (with LED flash and autofocus), 1GB of RAM and a 1.2GHz dual-core Snapdragon processor. With a tiles-based home screen similar to Windows Phone, the X2 comes with preloaded services such as Skype, Outlook, OneDrive, HERE Maps and the ad-free MixRadio.

Since there is no Internet Explorer for Android, Opera is the default browser for the X2, “a decision that makes perfect sense as the X series is mostly destined for emerging markets and Opera’s data-compressing, money-saving Turbo feature is designed for the same,” notes GigaOM. 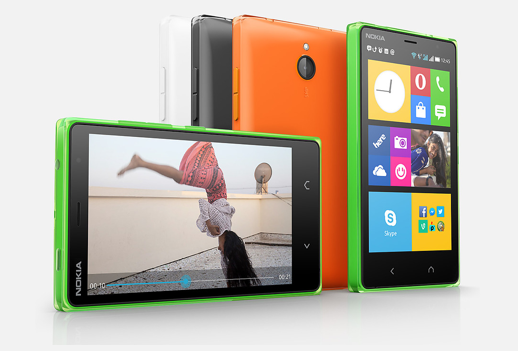 “The Nokia X2 is not the first Android device Microsoft owns, being as Redmond took over Nokia’s mobile making division in April — a move which brought the original Nokia X device under its wing,” reports TechCrunch. “But some doubted whether Microsoft approved of Nokia’s Android experiment — and speculated that the line would be quickly culled by Redmond.”

“Nokia forked Android back in February to create a new smartphone platform, which it called the Nokia X Software Platform to slot in between — pricing-wise — its Series 40 based low-cost Asha devices and its Windows Phone powered Lumia smartphones.” It seems that Microsoft is now willing to give the fork a chance.

The Nokia X2 comes in a wide range of colors. For additional specifications, visit the Nokia products page.