Marvel Superheroes to Appear On Tour and Disney Cruise Ship

Hero Ventures will produce “The Marvel Experience,” a $30 million attraction featuring Marvel superheroes that plans to go on tour beginning next year. The first person superhero experience will include a 4D motion ride, 3D animation, motion comics, virtual reality and holographic simulations. In related news, Disney recently announced that it will also feature a number of Marvel’s superheroes aboard its Disney Magic cruise ship as part of its Oceaneer Club for kids. 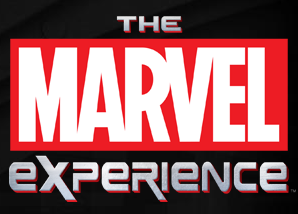 “Hero Ventures is developing a themed entertainment concept that we expect will be a transformative, traveling destination that will deliver to fans and families an exciting, groundbreaking and unique experience,” explains Marvel’s VP of business development, Sean Haran.

The attraction plans to visit around 20 cities in its first year.

“The themed tour comes as Disney owned Marvel is firing on all cylinders,” reports Variety. “‘Iron Man 3’ has earned over $1.2 billion since May, while ‘Thor: The Dark World’ is out in November, followed by ‘Captain America: The Winter Soldier’ and ‘Guardians of the Galaxy’ next year.”

“The dynamic creative elements we’re developing are going to enable anyone to feel like a superhero like Spider-Man or Captain America,” said Hero Ventures CEO Rick Licht. “We couldn’t be more excited about our partnership with Marvel.”

Disney has also “created an ‘Avengers Academy’ on board its Disney Magic cruise ship that’s designed to resemble the interior of the S.H.I.E.L.D. Helicarrier seen in ‘The Avengers,’ and features props like Iron Man’s suit, Captain America’s shield and Thor’s hammer,” reports Variety in a related story.

“Avengers Academy” is part of Disney Magic’s Oceaneer Club, and will join other areas for kids that center on “Pirates of the Caribbean,” “Toy Story,” “Pixie Hollow” and the Mickey Mouse Club.

“Walt Disney was a master storyteller and knew how to engage people’s emotions into stories. Our job is to take what we learned from Walt and apply it to the experiences on board our ships,” explains Joe Lanzisero, senior creative vice president for Walt Disney Imagineering.