“The Marvel Experience” is an upcoming traveling attraction that combines a theme park 4D motion ride, 360-degree display, and a collection of popular superheroes. Hero Ventures, the entertainment company behind “The Marvel Experience,” announced that it has tapped Jerry Rees, a Disney theme park attraction director, to help create the multimedia traveling show. Rhythm & Hues and Prana are the studios in charge of the VFX and animation.

The attraction is expected to launch later this year. At each site, attendees will enter a dome that will feature three theaters. The story will be told through a combination of multimedia and interactive technologies, including a 4D motion ride and a 360 3D display. 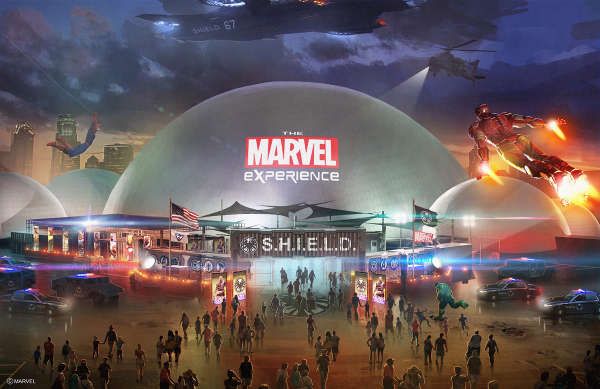 Director Jerry Rees has a record-setting 16 attractions at Disney theme parks and cruise ships. His work has won Thea awards, which recognize excellence in themed entertainment and experience design projects.

“Hero Ventures’ choice of the iconic Marvel IP as the emotional engine and their use of a movable, multi-dome venue to involve new audiences is inspired,” Rees said in a press release. “‘The Marvel Experience’ will be a shining beacon on the emerging next-gen entertainment horizon and I’m honored to be a part of the project.”