At CES 2017, LG stated that this year all of its home appliances will include “advanced Wi-Fi connectivity.” One flagship product is its Internet-connected Smart InstaView Refrigerator that supports Amazon’s Alexa; no price has been announced. Features of the webOS appliance include stickers and tags to be attached to items in the refrigerator, which will signal the consumer when a food item in question is about to expire, and the ability to remotely view the inside of the refrigerator via a camera mounted inside.

Ars Technica notes that one problem may be cost: “It’s almost certainly going to be more than the cost of adding an Amazon Echo to your current kitchen setup or even the cost of an Echo plus a new dumb fridge that just sits there and keeps food cold without connecting to your network.” 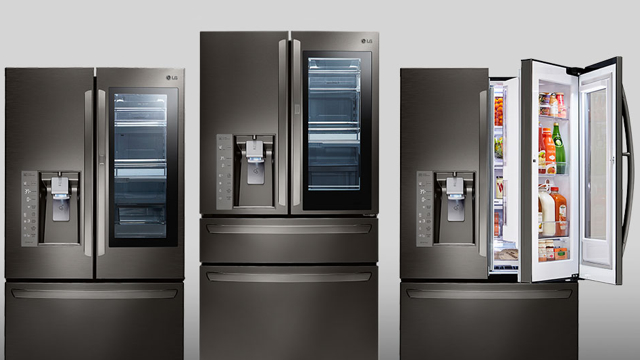 In other words, not all products need to be Internet-connected. It adds that “things veer off track” with the refrigerator’s other features: tapping twice on its 29-inch touchscreen lets the user see inside (something that can easily be achieved by opening it). The touchscreen also allows user to browse the Internet, while standing in front of the refrigerator. 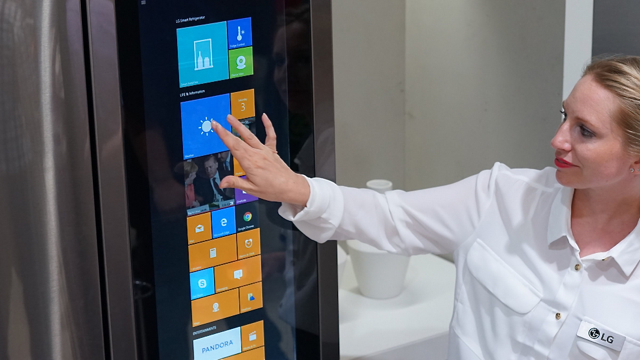 “The ongoing problem with all of these Internet-connected accessories is security, or the complete lack thereof,” suggests Ars Technica, which also notes their vulnerability to large-scale botnets. Privacy, it adds, is “also a concern.”

ZDNet reports that LG also debuted a significant array of robots. The Hub Robot, which uses Alexa, “connects to other smart appliances and devices in the home,” and can accomplish such tasks as turning on the air conditioner.

The robot can respond to “human body language,” nod its head to answer simple questions, and is aware when family members leave the house, return home and go to bed. Mini robots are “extensions of the Hub Robot” that can be placed in other rooms in the house.

LG also revealed plans for its Airport Guide Robot, for use at Seoul’s Incheon International Airport, providing flight boarding time, gate location and other information for passengers who scan their boarding pass. The robot will answer in English, Korean, Chinese and Japanese. The company also unveiled an Airport Cleaning Robot and a lawn-mowing robot.