Home entertainment server maker Kaleidescape opened its own download store for HD movies this week. This new system lets users download “Blu-ray quality” versions of movies that can then be played through Kaleidescape or on the Web and through mobile devices via UltraViolet. However, there is a concern regarding the amount of data each download will consume, as each movie can average around 50GB.

“The HD download of ‘Harry Potter and the Goblet of Fire,’ for example, comes in at a whopping 54GB. AT&T’s Uverse data cap restricts users to 250GB of data consumption per month, after which the phone company charges $10 for each additional 50GB. That kind of overage charge would essentially double the price of the movie download,” reports GigaOM. 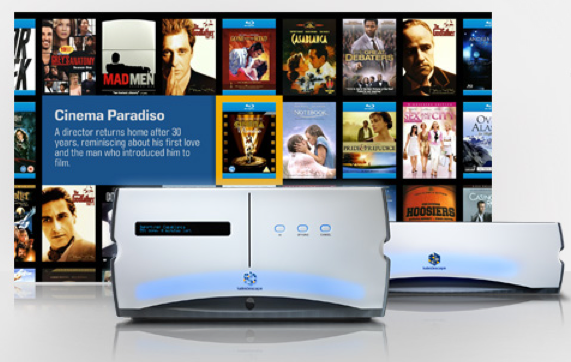 This could cause problems down the line, as more services could possibly add 4K downloads to their offerings. According to GigaOM, a 4K version of “Harry Potter and the Goblet of Fire” would consume 200GB of bandwidth.

“Sony is considering adding 4K movie downloads to its next-generation game console,” notes the post, “and Sony Electronics President and COO Phil Molyneux recently went on the record saying that those downloads would be ‘100 gigabytes and plus’ per movie.”

While ISPs point out that a small percentage of customers today will exhaust their monthly data allotment, next-generation movie services could lead to problems regarding data caps.

You can check out the movie and TV titles available on the Kaleidescape Store.