Intel Exec Says Gestures and Voice Commands are the Future

Intel showed off some ideas for what it calls better computer commands at CES this week, as demonstrated by SVP Mooly Eden. The exec said that touch commands are not the end-all be-all and that gesture and voice commands are more natural ways of accomplishing tasks. Eden introduced a couple of Intel’s newest efforts toward “perceptual computing,” including camera modules for gesture recognition as well as similar software for speech recognition. 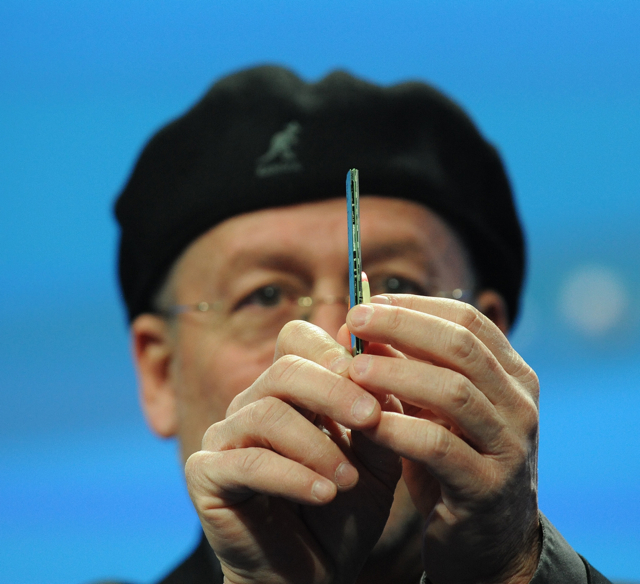 According to The Wall Street Journal, Eden told CES attendees, “Touch is not intuitive. Touch is not natural.” Intel, it says, wants users to be able to turn their heads or look up and down rather than have to use a mouse or touch a screen.

3D cameras in computers, “which allow tricks like separating the person looking at the camera from the background around them,” says WSJ, are the key to making gesture recognition more universal. Under the RealSense brand, Intel will sell the camera modules, and along with its partner Nuance will distribute recognition software.

“Not far away we’ll see implanted devices, I think it’s inevitable,” Eden said, according to Headlines & Global News. “[You’ll be able] to open the car door with your thumb. I believe I’ll live to see this change.”

“Keyboards aren’t natural. Natural is about gestures and voice navigation,” Eden said (pictured above, holding the RealSense 3D camera). “I would argue that voice is even more important than touch. Touch isn’t intuitive because when we communicate we don’t touch people all the time. You don’t need an instruction book.”